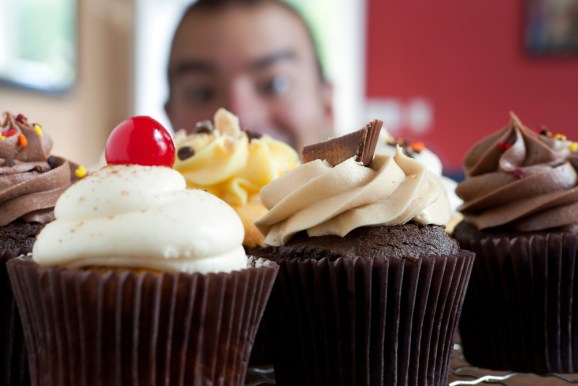 A group of researches at the Free University of Berlin found that people who are prone to seeking rewards (like food and sex) are more likely to be active on Facebook.

The desire to have a good reputation is driven by natural selection. Reputation is defined as a person’s overall quality of character as judged by others, and we care about our reputation because it means that other members of society are more likely to share resources. But everyone’s brain processes “gains in reputation” differently — it matters more to some people than others.

The report, “Nucleus accumbens response to gains in reputation for the self relative to gains for others predicts social media use,” found that people with sensitive nucleus accumbens (the region of the human brain responsible for reward, pleasure, and reinforcement learning) are predisposed to seek out affirmation from their peers.

Social media now plays a vital role in how people build reputations and the way we interact. Facebook “likes” are the digital equivalent of real-world approval. The researches set out to discover if there was a scientific connection between the way the brain processes gains in reputation and a person’s degree of Facebook use.

Turns out, there is. Evolution has primed us to be addicted to Facebook.

Showing people pictures of food or sex stimulates a neurological response. Scientists have found that the strength of each individuals’ reaction to these images predicts subsequent food consumption or sexual desire. Since receiving positive feedback activates the same part of the brain, it makes sense that the more intensely our brains react to positive feedback, the stronger the desire for it comes.

Back in the old days, people had to rely on verbal compliments or perhaps a bit of positive feedback via telegraph. Now the Internet has created a place where we can control our reputation and create idealized versions of our selves who are always laughing, surrounded by friends, and engaged in a never-ending sequence of fabulous activities. Don’t pretend like little shivers of pleasure don’t run up and down your spine when a delightfully witty status update yields 64 “likes,” or a photo posted from your weekend unleashes an onslaught of “you are beautiful!” comments.

This is the modern version of society rewarding you for building a good reputation. The more likes you get, the more content you want to put out there to, in turn, get more likes. Facebook fame-seekers really can’t be blamed for their constant activity. Its their nucleus accumbens posting.

Americans collectively spend more than 100,000 years a month on Facebook. Research has shown that Facebook can become a legitimate addiction for some people, and those people tend to be anxious and social insecure. Furthermore studies have shown that Facebook use can predict a decline in happiness. Earlier this year researchers from two German universities found that one in three people felt worse after visiting Facebook. Browsing through pictures of your friends (or distance acquaintances) can trigger feelings from envy misery, and loneliness.

Facebook likes cause short-term pleasure, but not real happiness. The polished online profiles of others can make us feel inadequate about our real lives, even if our online profiles look just as polished as theirs. Large amounts of time spent on Facebook also means smaller amounts of time spent engaging with friends and meaningful activities in the real-world (or even just reading a book.) A Facebook like may be like a shot of whiskey, but too much Facebook time causes a hangover.