The popular Chinese smartphone maker Xiaomi has a CEO who isn’t afraid to mimic the late Steve Jobs — yet it still has plenty to teach the West.

Founded just three years ago, Xiaomi (pronounced shao-me) quickly rose to popularity among Chinese smartphone buyers who wanted the most bang for their buck. It’s not the only company building inexpensive Android smartphones in China, but it’s unique for using high-end hardware and actually listening to its users.

Led by chief executive Lei Jun, a serial entrepreneur known for aping Steve Jobs’ presentation style (right down to the black shirt and jeans), Xiaomi managed to sell 7 million smartphones last year and is now valued at $10 billion. The company expects to sell 15 million phones by the end of this year.

Its latest phone, the Red Rice, features a quad-core CPU and a 4.7-inch 720p HD display — but it costs just $130 without a contract. Xiaomi’s phones run a custom Android skin, MIUI, which it makes freely available for other popular Android phones.

With 5 percent of China’s smartphone market, the company overtook Apple’s 4.8 percent share earlier this month. It also got the attention of many last week when it hired Hugo Barra, Android’s vice president of product management, away from Google. Barra has been a very public face for Android in recent events, and his departure could spell trouble for Google (especially since Android founder Andy Rubin also abruptly left the project this year).

Clearly, Xiaomi is doing something right. So what can we take away from the company’s success?

Listen to your fans — they just might teach you something

Xiaomi’s rabid fanbase is no accident: The company crowdsources ideas for improving its MIUI skin, which is updated every week. Not only does that make it easy for Xiaomi to figure out how to improve its platform, it also breeds more loyal customers. 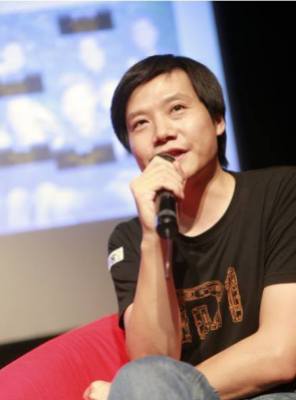 That’s a far cry from the distance Apple has with its fans. Back when some iPhone 4 owners noticed that holding their phones in a certain way killed their reception (the Antennagate fiasco), Steve Jobs replied to one annoyed user with a simple, “Just avoid holding it that way.”

Some particularly useful crowdsourced MIUI improvements came from Chinese journalists, Computerworld points out. Based on their suggestions, Xiaomi added the ability to keep recording voice notes even if you get an incoming call (something that the iPhone and Android don’t offer yet), as well as the ability to put the phone in silent mode while recording. (As a reporter who relies on my smartphone for recording interviews, I’m shocked it took a tiny Chinese company to fix this issue. Right now I have to put my phone in airplane mode to record uninterrupted.)

You can make cheap phones that don’t stink…

While other Chinese companies like Huawei, ZTE, and Lenovo may sell more smartphones, their low-end devices can’t compete with Xiaomi’s hardware. The company broke new ground by putting a quad-core MediaTek chip and a large 4.7-inch 720p resolution screen in its Red Rice phone, while keeping the price at a low $130. Similar smartphones are still stuck with dual-core chips (and likely have less than the Red Rice’s 1 gigabyte of RAM).

With its focus on quality hardware, Xiaomi attracts something far more useful than a mere bargain hunter: It attracts informed buyers who will spread the word to their friends.

According to analytics firm TrendForce, Xiaomi is able to offer great hardware at a low cost because it shows off its products early (allowing time for components to get cheaper); it controls inventory by having customers pre-order phones en masse through its website (so it’s not left sitting with a bunch of unsold devices); and it relies on social media for marketing, so it doesn’t need a billion-dollar ad budget like Samsung, Apple, or HTC. TrendForce also found that the Red Rice costs only $85 to build, a surprisingly decent margin for a low-cost phone.

“We’re not just some cheap Chinese company making a cheap phone,” Lei said to the New York Times recently. “We’re going to be a Fortune 500 company.”

… And it’s possible to make money from cheap phones

Xiaomi holds the record of being the fastest company to reach revenues of $1 billion in China. The company sells accessories for its devices, including things like cases and headphones, as well as extra MIUI themes. Xiaomi likely also makes a chunk of change from advertising throughout the MIUI platform.

With $2.16 billion in revenue for the first half of 2013 alone, Xiaomi is on track to double its revenues for this year. The company is also planning to expand to five more markets next year (it currently only sells phones in China, Taiwan, and Hong Kong) — something that ex-Googler Hugo Barra should be able to help out with.

If anything, Xiaomi’s rapid success proves that the future of the smartphone market lies at the low end. Aside from Samsung, it’s tough for Android phone makers to make money from high-end devices — they could be better off targeting the billions in emerging markets.

And if Apple’s cheap iPhone 5C turns out to be real, you’ll have Xiaomi to thank.