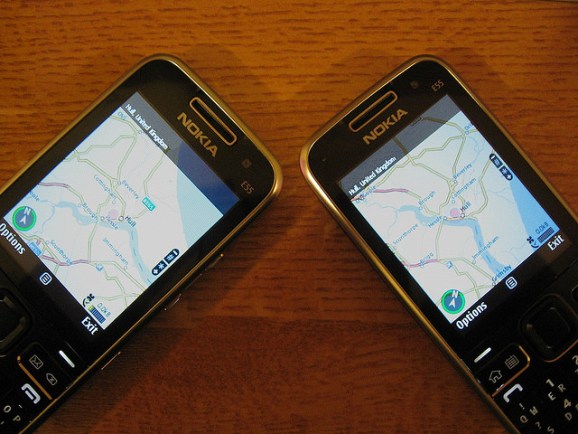 Here’s a clarification if you happened to misread any of the Nokia-Microsoft news from last night: Microsoft didn’t buy all of Nokia — it just bought the most visible parts of it.

What remains of Nokia are three primary revenue streams that together will make the Finnish company a smaller but likely more profitable business.

1. Maps, maps, maps. One Nokia’s stronger products is Here, its mapping platform. Unlike its device business, Nokia is keeping Here to itself, which enables it to not only license the software to Microsoft for Bing but also opens it up to offer the platform in other applications as well. One of these is Here Auto, the connected car platform that Nokia launched in August.

2. Another big business for Nokia is its 16,000 item-strong patent portfolio, which some analysts say is worth as much as $4 billion. While Nokia licenses its patents to over 40 companies, the company also hasn’t been shy about targeting those that it says infringe on its intellectual property — including BlackBerry and HTC. Litigation may be tiring, but it could also mean big bucks.

3. Also big here is Nokia Solutions and Networks (NSN), Nokia’s networking and telecommunications arm. Nokia’s commitment to the company became clear in July when it announced its plans to spend $2.22 billion to buy out Siemens’ 50 percent share of the venture.

“For NSN, it is business as usual.  We remain focused on executing our strategy, completing our restructuring and delivering industry-leading innovation to our customers every day,” Suri writes.

Again, from all of this it’s clear that the new Nokia will be a much smaller company — but it could also be a lot better off. In response to news of the sale, investors helped boost Nokia’s shares 47 percent on the Helsinki stock exchange. For investors, a leaner Nokia might just be a better one.