Microsoft may have married the Finnish girl of its dreams, but the Redmond software giant still plans to play the field.

Terry Myerson, Microsoft’s EVP for operating systems, made that clear this morning:

“Our partners bring innovation, diversity and scale to Windows,” he posted on Microsoft’s Windows blog. “Today’s announcement doesn’t change that.”

Microsoft buying Nokia — or, at least, its devices divisions —  is similar to Google buying Motorola, but only in that a mobile operating system company is acquiring a device company. When you consider the scope and scale of Nokia in terms of actual Windows Phone sales to date, it’s very clear that this announcement is actually more like Google buying the massive Android sales leader Samsung. 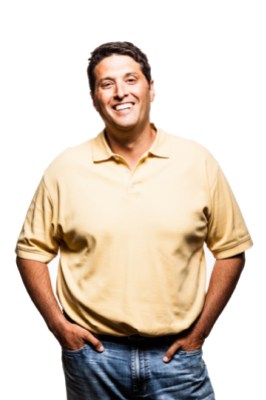 Because Nokia is by far the market leader in Windows Phone sales.

In fact, according to the latest IDC numbers, Nokia owns a huge 79 percent of all global Windows Phone sales, having sold over 20 million devices to date. That’s the vast majority of all Windows Phone devices ever sold. The Finnish company was essentially forced to go all in on Windows Phone due to decisions by executives to shutter its original smartphone platform, Symbian — and the result has been that it has basically captured the growing Windows Phone device market.

Which is precisely why Myerson made his announcement.

Myerson’s we-love-everyone statement is similar to ones that Google made when acquiring Motorola last year. The natural concern is that when the mobile operating system maker buys a device manufacturer, that company will be a little more equal than all the other pigs, getting early access to software builds, preferential treatment, and other competitive benefits. Microsoft wants to dispel that notion immediately.

That’s important, because frankly, the company still needs all the help it can get.

Despite some early indications that developers are considering Windows Phone in greater and greater numbers and displacing Blackberry as the clear number three mobile phone ecosystem, Windows Phone has a long way to go to catch up to either iPhone or Android, the clear market leader.

The big opportunity here for Microsoft is the 55 million feature phones that Nokia sold in the first quarter of 2013. Transitioning those to smartphones running Windows Phone would instantly make Microsoft the number two smartphone operating system owner.

That’s easier said than done, of course, as most of those are bargain-basement phones with limited feature sets sold in developing countries that won’t be extremely attractive to revenue-seeking app developers.

Which is why all the other Windows Phone OEMs are still very, very important to Microsoft.

“There’s a breadth of choice in form factor, finish, and materials that deliver unique devices at a variety of price points,” Myerson wrote. “Our OS group mission is to enable the innovations of our hardware partners to shine through on the Windows platform.”