Samsung’s Galaxy Gear may not be the smartwatch that will make regular consumers give a damn about smartwatches, but it’s a notable evolutionary step for wearable computing.

Today after Samsung’s big press event, I had a chance to test out the Galaxy Gear, Note 3, and the Note 10.1 tablet. You don’t have to guess too hard to figure out which device I spent the most time with.

Samsung only had a handful of units to show off in New York City, even though it was by far its biggest announcement today. Once I finally got my hands on one,  I was surprised by how light it felt. It’s not a slim watch by any means, and on my wrist it felt a bit bulky (that may be due in part to the security device on the Gear), but it didn’t feel as heavy as I expected. 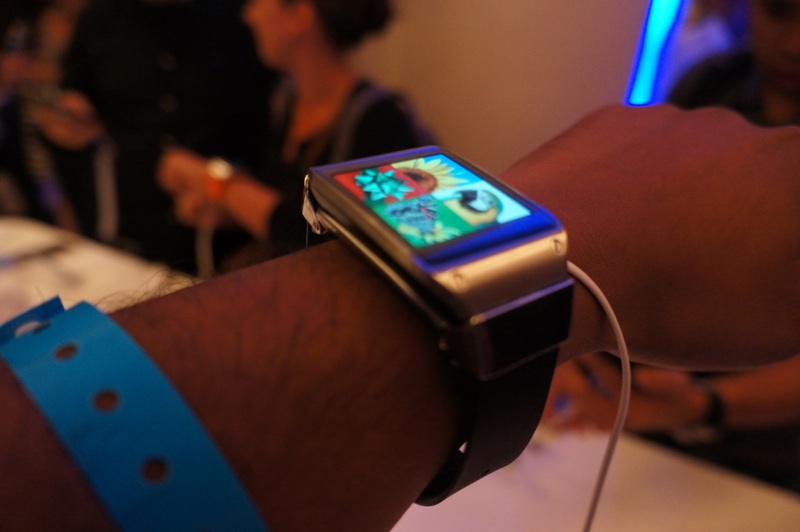 The Gear felt solidly built, though it was surprising to see the visible screws at the front. The rubber band felt comfortable against my wrist, and the metal clasp was easy to close. The clasp is worth noting, since it makes the Gear feel more like a designer watch than a gadget. While the Gear fit my wrist without issue, I can’t see people with thin wrists easily rocking it.

One big annoyance reared its head as soon as I put on the smartwatch: It was often confused about the orientation of my wrist, which ended up flipping the display upside down. I’m hoping this is just a minor software issue that Samsung can adjust easily, because in day-to-day use this would get annoying very quickly.

In the short time I spent with the Gear, I was impressed by Samsung’s simple approach to smartwatch navigation. You simply tap the screen to dive into an app or select an option, swipe left or right for other screens, and swipe down from the top bezel to go back. With a screen that’s just 1.63 inches, Samsung needed to implement simple and efficient user interface gestures — it shows that a lot of thought went into the interface design.

Check out a brief hands-on video with the Gear below:

While it’s nice to see Samsung continuing to innovate with its stylus-equipped Note lineup, both devices are fairly minor upgrades over last year’s models. They’re slightly lighter and thinner, have comfy faux leather backs, and offer some smarter integration with the S Pen stylus, but these new models won’t convince anyone new to adopt a large 5.7-inch phablet or spend extra for an Android tablet with a stylus. 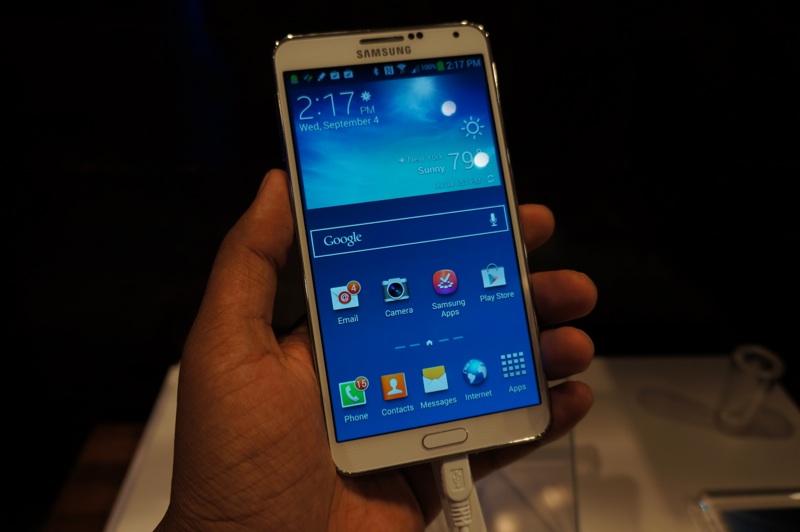