First-time buyers are turning away from Android as Apple’s three-year-old iPhone 4 was the top model for feature-phone switchers in the last three months, according to the latest numbers from Kantar Worldpanel.

Proving once again that the U.S. smartphone market is a very, very different animal.

“Android’s decline in sales is  due to its decreasing share of first-time smartphone buyers, a key consumer group in the US, as over half of the market still own a featurephone,” Kantar’s Dominic Sunnebo said.

Android, of course, has a massive global market share lead, with 80 percent of smartphone sales worldwide — especially in developing markets such as China, where Apple’s iPhone is seventh. But American buyers showed again that they still love Cupertino’s shiny white and black devices. 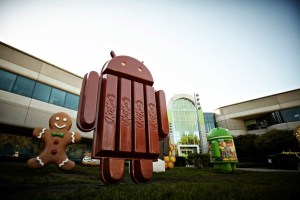 And that’s with no new devices from Apple in about a year.

“Between July 2011 and July 2012, 52% of customers that bought an Android device previously owned a feature phone. Over this past year, that number has declined to 46 percent,” Sunnebo said. “iOS, on the other hand, has maintained its share of first-time smartphone buyers over two years (43 percent). The iPhone 4 in particular, has seen its share of purchases among first-time buyers increase, from 9 percent in July 2012 to 15 percent in July 2013- making it the top model among this consumer group.”

Sunnebo sees good things ahead for Windows Phone as a result of Microsoft’s recent acquisition of Nokia’s handset business.

Nokia still represents seven percent of feature phone sales, and those buyers will be upgrading at some point. In addition, Nokia has already shown strength with Windows Phone in European nations such as Italy, where it achieved 13.1 percent of new phone sales, and Mexico. In the U.S., the Nokia brand is nowhere near as strong, but Windows Phone’s appeal to first-time buyers, Sunnebo says, will help Microsoft and Nokia.

Of course, Apple is also planning to unveil new iPhone models — and possibly more — on September 10 in Cupertino. With new models for the Christmas buying season, Apple will likely be able to increase its U.S. market share even more. And, with a cheaper iPhone 5C, perhaps even make a dent in those more price-sensitive developing markets.

Kantar’s data is derived from 240,000 conversations with consumers annually in the U.S. alone, and tracks actual customer purchases of phones rather than shipments.