With Microsoft’s announcement of its Nov. 22 launch date in the U.S. for the Xbox One video game system, the new console lineup is now complete. It’s time for gamers who haven’t already preordered to decide which system they’ll support. 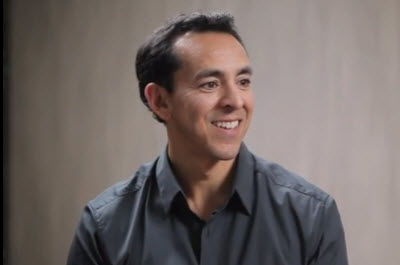 Above: Yusuf Mehdi of Xbox

Sony will have a week’s headstart in the U.S., with a launch date set for Nov. 15. It follows that with a Nov. 30 launch date in Europe. But Microsoft says it’s debuting the Xbox One in 13 countries on day one. Besides the U.S., the list includes Australia, Austria, Brazil, Canada, France, Germany, Ireland, Italy, Mexico, New Zealand, Spain, and the United Kingdom. That is scaled back from the original list of 21 countries, but Microsoft says it is in full production.

Yusuf Mehdi, the corporate vice president of marketing, strategy and business at Xbox, said that Microsoft is in full production on the Xbox One. That’s important, as the Xbox 360 had production problems at this stage in the preparations in 2005. That console launched with huge quality problems that resulted in big returns, unhappy customers, and a $1.1 billion write-off. This time around, there doesn’t seem to be a production problem. That is evident because Microsoft that its central processing unit (CPU) will now run at 1.75 GHz up 10 percent from the planned 1.6 GHz. It also recently increased the clock speed of its graphics processing unit (GPU) by 6 percent.

When a company increases the clock speed of a chip, it’s an expression of confidence. If Microsoft were having yield problems, with lots of bad chips coming off the line, then it wouldn’t increase the clock speed because that would make it even harder to get good yields. By increasing the clock speeds, Microsoft shows that its earlier specification was conservative and that it now will deliver a better product than expected.

But Sony’s Playstation 4 still compares favorably beyond having a week earlier launch date. Sony is selling its console for $400, compared to $500 for the Xbox One. That difference may be enough to give Sony the edge during the holiday season. Microsoft argues it is delivering great value because it includes the Kinect camera within the Xbox One while Sony’s PlayStation Camera is sold separately at $60. (For those who find both systems too expensive, Nintendo’s Wii U sells for $300 this holiday season).

Sony has also said that its performance will reach 1.84 teraflops, compared to earlier estimates (before the 10 percent performance bump) of 1.31 teraflops for the Microsoft box. And Sony says it has a more efficient and simple data transfer system within the box.

That could be an important performance edge in the long run. But Microsoft argues that it can tap its data center processors, or cloud, to offload processing tasks. In what it calls “cloud processing,” Microsoft says that its games can offload tasks that are not time-sensitive, such as artificial intelligence or the updating of background images, to the cloud. As Microsoft upgrades the cloud, it can upgrade the processing power of its box. Sony, by contrast, is relying upon local processing within the box — at least that’s what it seems so far. Chip engineers that I have spoken with are skeptical of Microsoft’s claims and are waiting to see if it will really work. One key is that Microsoft needs programmers to learn how to tap the power of the cloud processing.

“They are both setting up for a strong launch,” said Colin Sebastian, an analyst at RW Baird. “We still think Microsoft may edge out Sony in holiday supplies in markets where they are both competing. Microsoft announced they are in full production, whereas Sony was still showing PC-based units under a PS4 shell as recently as Gamescom.”

Billy Pidgeon, another longtime video game analyst, said, “With sufficient supply, PS4 could have a stronger launch than Xbox One. I think gamers looking to upgrade early this cycle are ready for a change, and third party titles will be out in front, with the best first party titles coming later in 2014. Multiplayer experience will continue to be a primary factor to increasingly greater net effect. If PS4’s online service delivers players a solid competition environment, Sony could move into a stronger position than Xbox One in the eighth generation. As supply will be constrained for both consoles, the perceived online leader will likely sway purchase aspiration as demand gap closes.”

Lewis Ward, a game analyst at IDC, said, “I don’t think even hardcore console gamers will be able to tell the difference that a 10 percent top-line CPU boost makes. Video game frame rates are a combination of how the CPU, GPU, RAM/memory, and system latency relate. Tweaking one of those variables up 10 percent may not make a perceptible difference from the gamer’s perspective.”

He added, “Microsoft might get a little PR ‘bragging rights’ mileage out of the announcement…. Even if the CPU bump made a real difference it would still be up game developers to take advantage of that edge and, realistically, it will take them a couple years to tease out these rendering nuances. You’re just won’t see much difference in 2013 and 2014.”

Ward also said, “I’m leaning toward the PS4 coming out of the box a little stronger at this point worldwide, although I think Xbox One will probably outsell the PS 4 in the U.S. this holiday. I’m giving Sony the global edge based on it’s more extensive launch lineup and lower price point, but Microsoft has done such a great job executing in the U.S. in the past two years that I doubt the PS 4 will be able to stop this momentum out of the gate. Microsoft has wisely backtracked on some bad decisions regarding Xbox One since it was announced earlier this year and I think these reversals – and some cool looking games – will be enough to push console sales ahead of the PS 4 in the U.S. when the dust settles in 4Q.”

It’s not clear how many units each side will sell yet. The more the companies show the new features, the more the gamers will preorder the systems. Microsoft said that after Gamescom last week, it saw a 200 percent increase in preorders in Europe. Microsoft argues that, besides running games and the cool apps associated with Kinect, its system is better because it will have a better overall entertainment experience because it is a voice-driven set-top box. Sony, by contrast, has poured all of its early marketing into being a game console for gamers.

Sony has also distinguished itself through more popular policies. Microsoft stumbled on this front when it said it would not permit used games to run on its box and then backed off on that plan. It also was slow to come up with a clear privacy policy on Kinect, and it had to back off on a plan to keep the Xbox One always connected. Microsoft apologized, revised its policies, and spent time making amends with gamers. It hasn’t helped that Microsoft lost its games leader, Don Mattrick, and its CEO Steve Ballmer has announced his retirement. By contrast, Sony has a veteran leadership team, including its former game division chief and current CEO Kaz Hirai. Sony’s Andrew House, head of the PlayStation business, has ridiculed Microsoft for its mistakes with dripping sarcasm, but he has also consistently focused on how Sony cares more about indie game companies.

For all of Sony’s claims of a performance advantage, Microsoft contends that it has a better lineup of games. That shows mostly in the Respawn Entertainment Xbox exclusive Titanfall, which received the most awards at the E3 game trade show in June. But that title won’t be showing up at launch and is currently slated for 2014.  Sony’s strongest launch titles include Killzone: Shadow Fall, Knack, DriveClub,  War Thunder, and others. Microsoft’s best include Crytek’s Ryse: Son of Rome, Forza Motorsport 5, and Dead Rising 3.

Many games such as Watch Dogs, Assassin’s Creed IV, Call of Duty: Ghosts, and Battlefield 4 will show up on both systems. That could lead gamers to conclude that there is virtually no difference among the console makers.

With today’s information, it’s easier for gamers who were sitting on the fence to make a decision. It’s still 72 days until the PS4 launch and 79 days until Microsoft’s launch. We’ll see if anything can change the balance of power in the meantime.