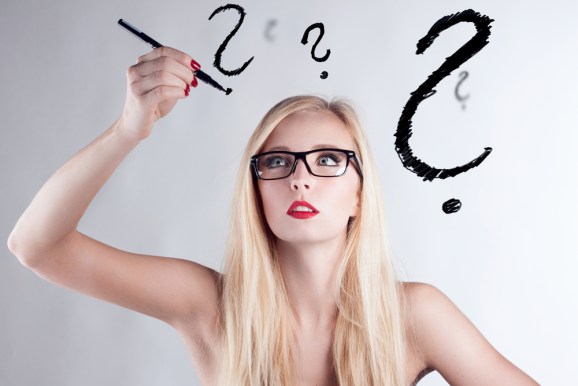 Ross Avner is the principle and strategist for consultancy firm Point A2B, where he advises companies on digital media, game products, and business development.

In its formative days, LinkedIn achieved usefulness and growth by using the same concepts as new media outlets. Any professional could put forth their credentials and connect with others, overtime developing their social circle of professional connections, thereby making the site a shining example of what being an open platform and forum could accomplish.

Recently, though, it seems to be falling into the trap of old media, selecting what it believes to be relevant and showcasing those ideas while preventing other users from doing the same. That is a philosophy that hurts not only LinkedIn’s customers but could ultimately put the company at risk as well.

At the heart of the issue is the Influencer Program, which LinkedIn launched about a year ago in October 2012. LinkedIn’s in-house “Influencer team” selects these executives and public figures, categorizes them as “Thought Leaders,” and lets them offer their insights in a select number of fields. But users who want to convey their own experiences and industry insights to their own professional circles have no such opportunity.

Short-form status updates (which are limited to 600 characters) certainly don’t do the job. And forget it if you want to apply to be a Thought Leader yourself. LinkedIn is not currently taking applications.

By choosing who to endorse rather than letting the community self-promote or at least letting users curate which influencers should rise to the top, LinkedIn has fundamentally changed its relationship with its audience, shifting away from an open, level playing field to a closed environment where it decides the content most worthy of your time.

In its User Agreement, LinkedIn presents itself as an open forum. And listed high among its stated purposes is helping “professionals meet, exchange ideas, [and] learn.” While there’s certainly nothing wrong with learning about fields other than your own, I believe users pressed for time would vastly prefer to exchange ideas about things that are relevant to them.
For example, I’ve been part of the games industry for over a decade, a field that’s undergoing rapid changes and is in the midst of a series of major transitions right now. Reading well-thought out perspectives on these topics is extremely valuable to me. Stories like “What I Learned from a Sex-Crazed Short-Order Cook”? Not so much.

An open forum is, by its very nature, supposed to be a neutral entity which empowers its users to create a collective experience. By anointing Thought Leaders, LinkedIn is defining what is and is not desirable to its community of users. That’s the same model classic media organizations use: A small cadre of people control the content for the community. Abandoning that neutrality is an abuse of the trust users have placed in LinkedIn, rendering the company to being just another biased resume builder.

Worse still, the selection of Though Leaders seems to be an area that’s not entirely merit-based. Rather than enabling individuals who have something of value to contribute, in some cases, there are several whose designation as an expert seemingly came from that person’s connection with the company. Among the “experts” currently being promoted is a consultant to LinkedIn, two LinkedIn community managers, and a few other people employed at the company.

I point this out not to criticize or judge any of these contributors individually. Their articles offer perspectives which may or may not be valuable to select LinkedIn users. However, each LinkedIn member should be the judge of what they receive and follow rather than having editorial pieces provided to them upon logging in, with choices made by a small editorial team that does not represent or fully understand their full professional interests.

LinkedIn is a community of users who come from hundreds of different occupational fields. There’s no way for the company to possibly cover all of these professions in a manner that is relevant to its full user-base, let alone maintain objectivity and relevance for each sector in a manner that accurately and fairly represents every one of its members. An unfortunate side effect of this is up-and-coming potential thought leaders, who could be relevant to their vocations, are not able to share information. Also, the community’s ability to organically grow their own thought leaders is stifled.

LinkedIn contributors get the “Follow” button and feature, something general members do not. As a result, rather than empowering everyone with an equal voice, LinkedIn is garnering its influence and pushing the barriers to entry higher and higher, simultaneously pushing the relevance of this content to its members lower and lower.

The problem with this closed environment is that LinkedIn has allowed its product and services to stray away from what was once fully neutral, offering equal value to all users.

Further, in doing this, LinkedIn undercuts the premium (paid subscription) version of LinkedIn service, a segment that makes up roughly 20 percent of the company’s revenues. Those who choose to follow a thought leader cannot send that person an InMail, for example, despite the company’s promise and value-add that paying members may send messages to anyone they want.

With a userbase of more than 238 million users, LinkedIn is obviously not going away anytime soon, but steps like these that betray LinkedIn’s loyal users set a disturbing precedent. The good news is, it’s not too late to course correct.

By going back to its roots and allowing everyone to contribute, LinkedIn can still merchandise and promote the content it sees fit, but it can do so from a open-forum standpoint with algorithms and filters rather than an editorial staff. In doing so, LinkedIn will obtain relevant content it currently does not offer, thereby driving engagement, pageviews, and likely its bottom-line in an even bigger upward trajectory.

Opening up the program to everyone will democratize the process and let LinkedIn provide relevant content to individual members, making it a more valuable product.

Ross Avner is the principle and strategist for consultancy firm Point A2B, where he advises companies on digital media, game products, and business development. Ross is the former GM of Yahoo! Games and has been part of the games industry for over 12 years in both startup and corporate roles. You can follow Ross on Twitter @rossavner and write him directly at rossavner@yahoo.com.