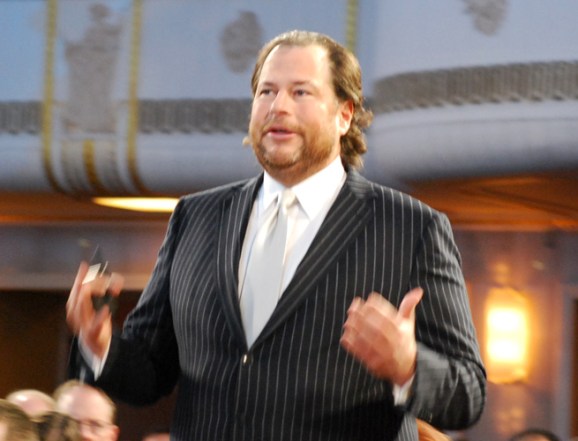 SAN FRANCISCO, CA: Salesforce.com just unveiled its new files feature at a press conference today, which the company is billing as one of its most significant product updates in recent years.

Analysts say it’s not a technological innovation that will kill the competition. But is merely an extension of Salesforce’s file-sharing service.

The company officially announced that it killed its Chatterbox product, and lifted some of the functionality for a new service called “Files.” Files is a more expansive offering than Salesforce’s previous attempts at file-sharing, as it works with third-party file repositories on premise, and in the cloud, like Dropbox and Box.

At that time, press and analysts expected that Salesforce would attempt to stamp out Box with a suite of file-sharing services, and a partner network. This claim was a bit over-exaggerated. Chatterbox (now Files) was merely an additional feature to Chatter, the Yammer-like service that lets employees share updates to a news feed.

Cloud and customer relationship management (CRM) analyst Alan Lepofsky has been working with Salesforce on the Files announcement, while the service was in stealth mode.

Files is still in private beta, and is being used by a select few customers. But news of the Files product has been trickling out slowly to the press over the past few months.

Lepofsky believes it’s a bit inaccurate to imply that this announcement will knock off out competitors in the cloud ecosystem in one fell swoop. But he stresses that it’s still signifiant as it brings Salesforce closer to offering a more complete cloud solution.

To illustrate the strategy, he draws a useful comparison between Salesforce’s Chatter and Files products, and Microsoft’s Yammer and SkyDrive products.

“The announcement has the potential to impact all the cloud collaboration companies, but it might be as a partner or contender,” said Lepofsky, who works as a vice president at Constellation Research.

Sean Jacobsohn of Emergence Capital agrees: “Large corporations will have use-cases for Salesforce, Dropbox and Box,” he said in an interview. “This does not necessarily knock off the competition.”

With Files, it’ll be easier for people to share files with their community from any device. For instance, if a sales employee is on a call with a customer, they can share that customer’s record with everyone on the account team. These files don’t need to be stored within Salesforce. The company will contain read-only links or pointers to files in other repositories.

“This is definitely filling out Salesforce’s portfolio of tools” Lepofsky added. “What’s going to be a strong draw for customers is that it will work across a community, CRM record, a Chatter post, anything you can do in Salesforce.”

Lepofsky doesn’t believe this will win Salesforce any new customers, as it’s a natural feature-set for the company to add. With file-sharing, Salesforce is playing catch up and giving existing customers more capabilities.

“It’s not turning the social business world around by any means,” he said.