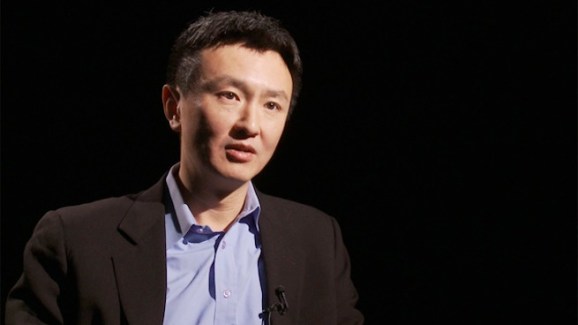 Zuora‘s chief executive Tien Tzuo believes that despite its critics, the “paywall” will save the media industry.

In fact, Tzuo is an outspoken advocate of subscription models and has built a flourishing business around them. Subscription models may not provide immediate relief to beleaguered businesses, like newspapers. However, Tzuo says they are a means to build customer loyalty and sustainable revenues in the long-term.

Some of the best-known figures in Silicon Valley agree, and Tzuo raised $50 million today to market Zuora’s technology to businesses around the world. Zuora provides the infrastructure to help businesses move from sales of products to subscription commerce and billing. The best example of this is enterprise software as a service, a more flexible alternative to Oracle’s vendor “lock in.”

Zuora’s fifth round of financing came from a number of prominent Silicon Valley venture capital firms. The round was led by Next World Capital and Vulcan Capital, with participation from Index Ventures, Northgate Capital and existing investors Benchmark Capital, Greylock Partners, Redpoint Ventures, Shasta Ventures, and Tenaya Capital.

In addition, Marc Benioff, Salesforce.com’s chief executive, and Workday cofounder Dave Duffield invested in the round. Benioff is a former boss — prior to forming Zuora, Tzuo worked as the chief strategy officer at Salesforce.

“Subscription services are clearly where the world is going,” said Tzuo. The media industry is one key area of focus for Zuora — customers include the Financial Times and the Sunday Times — but he’s also pushing subscription services to manufacturing, e-commerce, and more.

When asked about the competition, Tzuo immediately hit back with “SAP and Oracle.” These enterprise behemoths are common targets for software as a service upstarts like Zuora, which Tzuo acknowledges. He’s also aware of the challenges of taking on companies with billions of dollars in their corporate development teams alone. But he believes this is the “old world” of “shipping products,” and cloud companies like Zuora, Zendesk, and Box are the new.

Tzuo doesn’t hold back when it comes to legacy technology. “Oracle and SAP are walking dead companies that haven’t realized it yet,” he said. “It’s where innovation goes to die.”

In the coming years, Zuora intends to expand internationally, and open new offices in emerging markets. Tzuo does intend that the company goes public eventually, but he’s in no rush.

Meanwhile, revenues appear to be consistent. This year, Zuora increased its subscription revenue by about 90 percent compared to last year, while it increased its number of customers 55 percent over the past 18 months, the company says.