If you held off on buying the Google Nexus 4 because of its maddening lack of LTE support, Google’s follow-up to the device is shaping up to be exactly what you need.

A phone fitting the bill of the next Google/LG Nexus has been approved by the Federal Communications Commission, as Engadget reports. The device, dubbed the D820, is equipped with a 5-inch display, Snapdragon system-on-a-chip, and Qi wireless charging.

Most enticing however, is its 4G LTE support, which fixes the largest problem VentureBeat had with the otherwise-solid Nexus 4. Judging from its supported wireless standards, the device should be compatible with the LTE networks of Sprint, T-Mobile, and AT&T (though, notably, not Verizon’s). 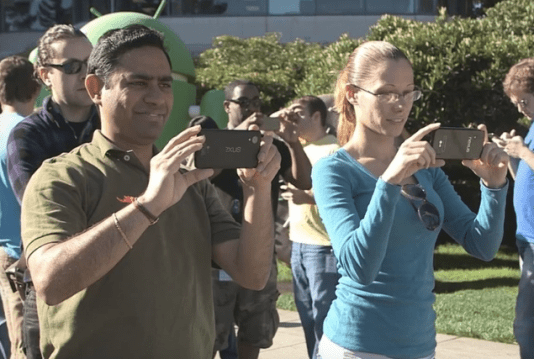 Above: Don’t think for a second that this Nexus 5 leak was accidental.

The FCC approval comes just a few days after a not-so-subtle non-leak from a Google employee, who was “spotted” taking photos at the unveiling of Google’s Android KitKat statue in Mountain View.  All of these leaks point one thing: The Nexus 5 is coming — and soon.

The big question, though, is whether there will be any room in the market for it. While it’s easy to argue that the demand for a pure Nexus phone is met by the Moto X, the Nexus 5 will have two distinct advantages in addition to LTE: Price and — if the Nexus 4 was any indication — complete freedom from carriers and their contracts.