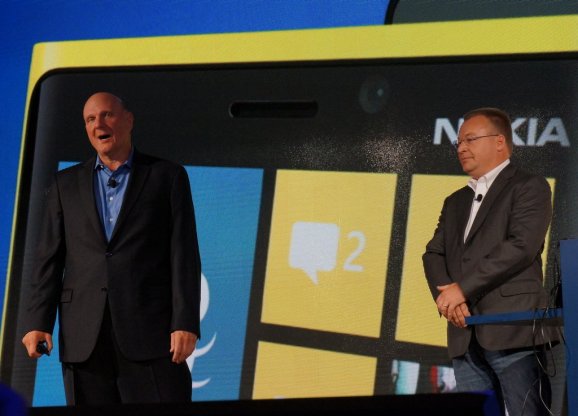 Jack Gold is the founder and principal analyst at J.Gold Associates.

This week, Microsoft announced it’s buying the devices business of Nokia for $7.2 billion. While there have been rumors circulating to this effect for many months, especially once Stephen Elop took over as Nokia CEO, it nevertheless surprised me.

I’m surprised because I believe Microsoft already had the best of both worlds the way things were. So why did Microsoft spend $7B or so on buying a devices manufacturing capability to which it was already essentially married?

For Microsoft, I think it’s as much about getting Stephen Elop back as it is getting into the handset business, although certainly having handsets under their own roof was not a trivial decision for them to make. Buying Nokia’s handset business is the most logical way to quickly get into the market of directly selling mobile devices, a stated goal of the “new” Microsoft strategy of devices and services recently announced by Ballmer. Nokia is wholly dependent on Windows Phone and Microsoft anyway (except for it’s lower end Asha phones, which is not of much interest to Microsoft) and because of this very close relationship, they already know each other extremely well.

Given Ballmer’s recent decision to “retire”, and Microsoft’s less than stellar performance in mobile (a critical weakness given market dynamics), it became apparent it needed to do something radical. The public face may have said we’re buying Nokia to be a hardware manufacturer (in a reaction to Apple and Google having gone vertical). But in the final analysis, a key factor as I see it is that Microsoft gets Elop back on board as an exec.

That is a clear indication that Microsoft needs additional “new thinkers” when it comes to management, and when it comes to new products, especially in mobile. Elop did a good job leading Nokia, given the cards he was dealt, and his presence may spur Microsoft to rethink some of its strategy as he leads the mobile team. Importantly, in my assessment, this puts Elop at the top of the list of potential successors to Ballmer. And of course, its quite possible that Elop was already approached on becoming the heir apparent, and said he would only do it if he didn’t throw Nokia to the wolves by leaving in troubled times. If this is the case, his loyalty is admirable.

However, I am not convinced in the long run that buying Nokia will achieve the goal of making Microsoft a leader in mobility, even if Elop becomes the next CEO and applies a sharp focus to the mobility market. Google hasn’t done so well with Motorola after it acquired a device company (although the hardware was not the primary motivation for Google, and it has much higher revenue generation potential in other places to subsidize this).

Other failed acquisitions loom large (remember HP/Palm?). And Microsoft now runs the risk of essentially alienating any key OEMs of mobile devices who were inclined to license Windows Phone. This may even extend to tablets, as Nokia will probably now assume the leadership position within Microsoft of designing and building tablets (especially in light of the rumored Nokia RT tablet). Microsoft may gain a competitive posture against Apple (which in my opinion is vulnerable to attack on this front), but it may not easily achieve what it is looking to do.

At the end of the day, Microsoft has to compete on the attractiveness of Windows to the end user, and just having a device producer on board doesn’t get them there. Nor will having Nokia on board dramatically extend Microsoft’s ecosystem in mobility, which is a key problem for them to deal with. Mobile today is a business of scale (as BlackBerry, HTC and others are discovering). Does this acquisition give Microsoft that scale? I don’t think its enough to matter. Can Elop, if and when he becomes the new CEO, fix all of these problems that Microsoft has to deal with? Perhaps, but it will certainly not be done in a short amount of time. And with the incredibly rapid pace of change in the mobile market, time is of the essence, particularly for Microsoft.

Overall, I’m skeptical that this is a long term winning strategy for Microsoft in Mobile, even if Elop ascends to overall leadership. I think Microsoft could have achieved the same thing through their existing strategic partnership with Nokia by simply “staking” Nokia to the funds it needed (which they have done in the past), and “buying” up Elop’s contract, if that was the real goal. It remains to be seen how Microsoft leverages this new devices company it’s now about to own. We should know how successful it is in the next 1-2 years. Even though I think that Elop can do a good job leading the resurgence, I’m not optimistic that Microsoft can make needed changes in a short enough period of time to matter.