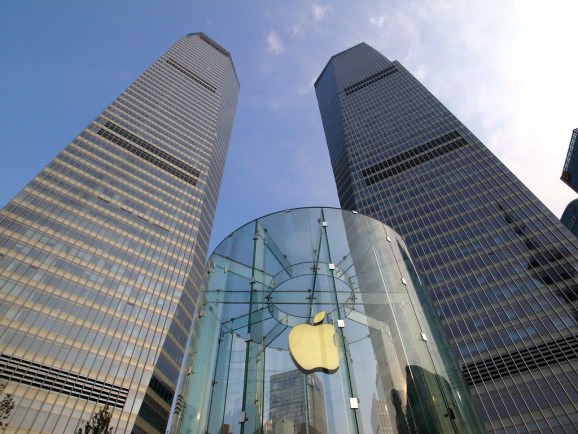 The good news for Apple just keeps rolling in. It looks like it’s has finally reached a deal with the biggest mobile carrier in the world, China Mobile.

Apple has been trying to cut a deal with China Mobile for years, and Apple CEO Tim Cook has made multiple trips to China in the past year to talk to China Mobile executives. But the iPhone’s high price and Apple’s refusal to cut carriers into app and media revenue has made it a tough sale.

Now, however, Apple’s slumping international sales and China Mobile’s loss of high-value subscribers to other carriers that do offer the iPhone may have resulted in a marriage of convenience. Apple has asked production partner Foxconn to add China Mobile to the list of carriers to receive the new, cheaper iPhone 5C, according to the Wall Street Journal.

That means Apple must have cut a distribution deal with the giant carrier, which is by far the world’s largest, and seven times bigger than Verizon, at least in terms of number of subscribers. That’s big, big news for Apple sales in the next quarters and years.

Apple’s board has asked Apple to speed up innovation, and industry insiders have begun to question where Apple is headed after Apple’s seeming slump of the past six months that has seen Android hit 80 percent global market share and Apple dive to seventh place in the world’s fastest-growing smartphone market, China.

That could all change now that China’s most important carrier seems onboard. In fact, analysts have estimated that a cheaper iPhone could triple Apple’s share of the smartphone market in China.

Of course, Apple’s Sept. 11 event in Beijing makes even more sense now. This is the first time that Apple has ever held a separate, standalone Apple Event in a country other than the U.S. immediately after a big domestic launch, and it’s a major indicator of just home important Apple believes China is.

Smartphones in China typically cost about $150, but Apple’s current iPhone 5 retails for over $800. That’s a tough pill for Chinese consumers to swallow, and the new, cheaper iPhone 5C should reduce the hit significantly.

And, it should add significant oomph to Apple’s iPhone sales in China.