These are the words my young, tech-employed, new-to-opera colleague whispered moments after the curtain came up at San Francisco’s opening night. And she was absolutely correct: Going to an opera is one of the most enthralling, transporting experiences a person can have.

It’s too bad not enough of our peers know this yet. She and I were two of a handful of attendees under the age of 40. We were also part of handful of technologists at the event.

Unfortunately, while the overlap in those groups is San Francisco Opera’s sweet spot of youth and money, that overlap is very small and difficult to court. But court them the Opera must. To ignore them is an almost certain death sentence. Older patrons, the sustaining members of this institution, are fading into the afterlife, and there are precious few willing and able to take their place.

It’s not the expense or the dressing-up that bothers this new crowd; most of these young folks have money to spare and too few occasions for formalwear. It’s that they haven’t yet acquired the palate for this art form. Two Facebookers complained to us about the difficulties of listening to music in a foreign language and the tedium of watching a three-hour production.

Dale Larson, a startup coach we ran into at opening night, told us that he’d tried to get a group of startup CEOs to come to a production in the past.

“They were very polite, but … It’s a shame. They would realize it’s fabulous fun, but they just haven’t had the exposure.”

In fact, the great majority of the opera-going tech professionals we spoke to for this article told us they’d had a long and gradual introduction to opera from childhood or adolescence.

PR pro Heather Meeker studied opera in her youth. Her fiancé, Oracle business development and marketing director Patrick Haas, told us his mother, a singer, would “always have opera on in the background” during evenings at home.

Social media manager Amy Higgins is also a board member for the Opera’s Bravo Club for young professionals. She said her mother first took her to the opera while she was still in the womb.

“I think I truly fell in love when I was nine years old,” she continued. “My music teacher played a section from Carmen. Then during my freshman year of high school, we went to see my first live (out of the womb) opera, Tosca.”

Another tech PR professional, Aaron Endré, told us that films featuring opera snippets got him intrigued. His partner, Ryan Hazelton, found his way to the opera via musicals. A production of La bohème (the basis for hit musical Rent) was accessible enough to hook him.

So to get more young people into the opera, it appears you also have to figure out how to “hook” those who’ve had no previous exposure to the art form, who come to it with harmful misconceptions and lots of trepidation about their ability and desire to relate to it.

With free events (SF Opera stages free concerts three times a year and shorter programs and recitals, the city’s cultural institutions try each year to do exactly that.

But why are they trying to hard to get this demographic involved? The simplest answer: Their survival depends on it.

There’s more to being rich than eating $4 toast. Or wearing $300 jeans and $200 “technical” hoodies. At some point, you have to go buy yourself some culture.

Young technologists are our city’s “new money.” In sharp contrast to San Francisco “old money,” they come from around the country and even around the globe, usually from working- or middle-class backgrounds. They’re not the museum benefactors or the tony men’s club members; they usually have no special connection to the community outside their own small social and work spheres. Some went to Ivy League schools, but most don’t have backgrounds in the performing arts or many experiences as patrons of the arts.

But a handful of local cultural institutions are trying to change that. By hook or by crook, by gimmick or discount, San Francisco opera is courting the hoodie crowd, along with its new money and its investment in the city’s future.

After all, the “old money” crowd is only going to be around for so long. In tandem with its campaigns for estate-planning donations, the San Francisco Opera is also angling for the financial up-and-comers. The opera needs to get them addicted to this fascinating but complex art form while they’re in their twenties and thirties in order to form them into patrons for life — and sustaining members of one of the oldest, grandest traditions in the performing arts.

The SF Opera has begun specifically reaching out to Silicon Valley’s finest, thanks to staffers like Jennifer Lynch, the Opera’s development director.

“In the past, we had support from the local venture community; big leaders like Pitch Johnson [founder of venture firm Draper and Johnson]. For years, they have been trying to encourage us to more actively reach out to the tech superstars coming up behind them,” said Lynch in a recent interview.

The previously mentioned Bravo Club offers outrageous discounts to people under the age of 40. Some of these people are “pre-money,” if you will, so getting Dress Circle seats for $35 and Orchestra seats for $50 puts a relatively inaccessible experience in their reach. The local symphony has a similar program, Symphonix.

In addition to cultivating a familiarity with and even love for live, classical music, these programs also get younger potential money-makers used to the idea of philanthropy for the arts.

For many young folks, even the word “opera” conjures visions of large women in horned helmets or 18th-century gowns screeching in foreign tongues about romantic love. But the opera of today has abandoned that stereotype for many newer productions specifically to attract a new audience.

Appealing to the young, tech-savvy crowd means a few things. First, this demographic is highly design-oriented with a passion for details like elegant animations and usable experiences. For the opera, this means offering subtitles (at SF Opera, these are “supertitles” projected on a long screen above the stage). It also means working with modern-style animators and designers to deliver creatively digital sets with a slew of projectors, pyrotechnics, and special effects.

Going back to the horned helmets preconception, the opera is also under pressure to premiere new and modern music with fresh stories. This past season’s The Gospel of Mary Magdalene offered an iconoclastic view on the Christian religion — a theme sure to woo the skeptical tech and science group. This season, we have Dolores Claiborne, a production based on a Stephen King novel.

The 2011 premiere was a 9/11 story called Heart of a Soldier; while it was criticized as sounding like a musical, it was one of the most sonically accessible scores in modern opera with stunning visual effects. 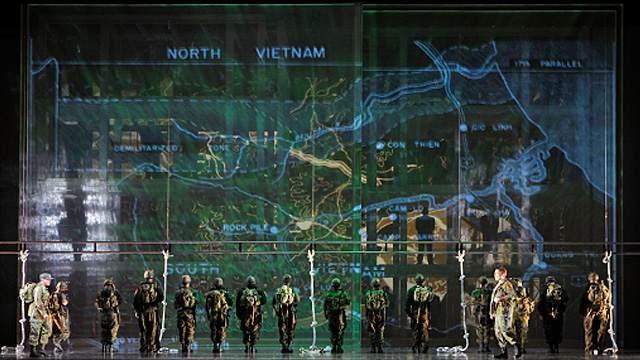 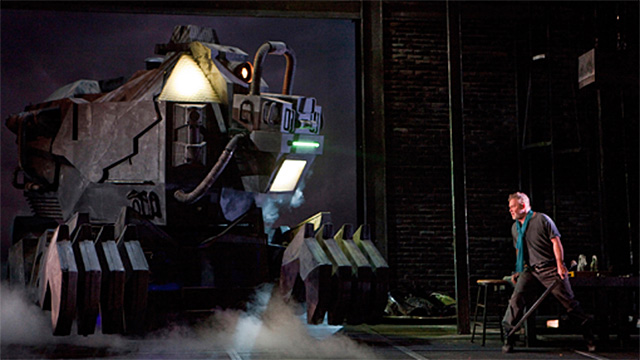 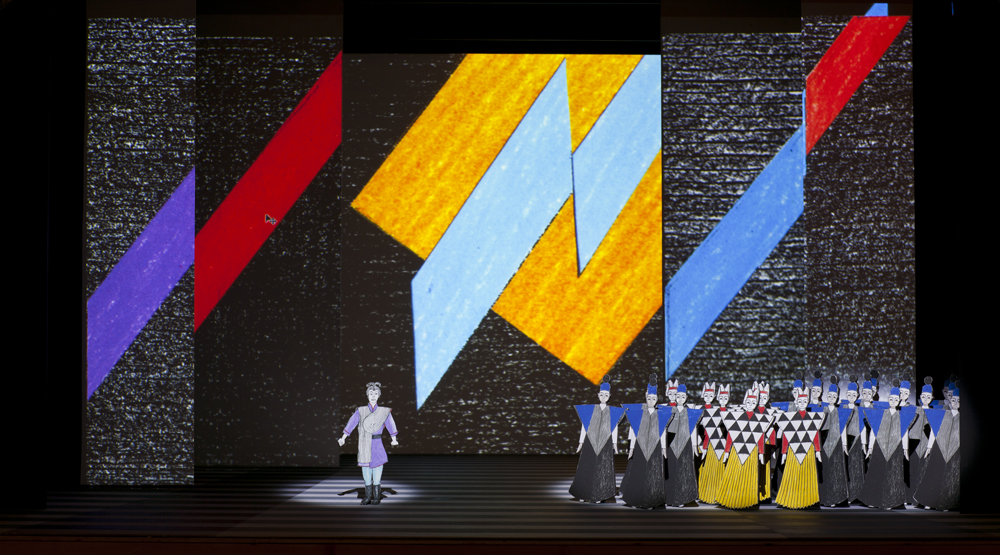 And it’s not just happening in San Francisco. Meeker told us, “I saw Rigoletto at the SF Opera last year. Then I just watched the Vegas-style interpretation from [the New York Metropolitan Opera] on PBS. I preferred the Met version.”

This is a wider trend in the opera world, one that has helped opera adapt itself to every age and location.

Outsiders might assume that opera was faltering or even doomed. But this institution and art form has been around since the 1500s, before lush, classical music was even a ringing in composers’ ears. It’s had to transition throughout the centuries, weathering cultural and political revolutions as well as upheavals in taste and style.

More than technology, more than science, opera has stood the test of time. Theories have been proven false and entire paradigms been thrown out, yet we still watch with delight and awe as performers live out the works of Haydn and Mozart.

“Opera is a musical oration that depicts a story from a period of time — a passionate tale that appeals to our heart and emotions — and that has remained unchanged over the years,” Meeker noted.

“Performance art as a whole is very important,” said Higgins. “We can all learn from the complex harmony an opera produces. Think of what it takes to make a new business run: everything working in harmony.”

It’s true that opera is facing big changes. But think of it as a pivot from a company that’s executed innumerable successful pivots throughout its history. More than any organization you can imagine (excepting the Catholic Church, perhaps), the opera company of today is too big and too bold to fail.