Two tech firms are demonstrating that they can deliver 4K video over a wireless network within the home at super-fast speeds. 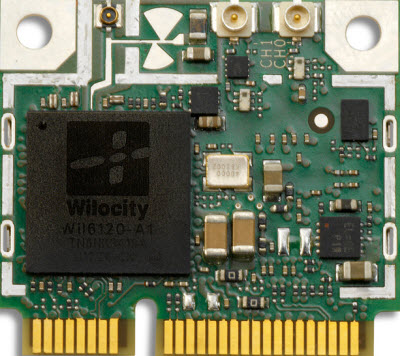 Wilocity and DisplayLink said they can demonstrate the delivery of 4K video, which has four times more resolution than full high-definition 1080p video, over a WiGig network, which has a short range of around 30 feet but can operate in the 60 gigahertz band of the wireless spectrum. The data can be transferred over the network at a rate of up to 7 gigabits a second.

WiGig has been in development for many years, and the first units started shipping in February. The big vendor shipping them so far is Dell, which has both laptops and wireless docks available.

Now, in a step up, Wilocity and DisplayLink are demonstrating the technology at the Intel Developer Forum in San Francisco this week. The demo includes a notebook computer that includes Wilocity chips in it. The notebook computer and a WiGig docking station with a 4K chipset from DisplayLink are able to connect to a 4k resolution monitor. Since 4K video generates so much more data, the wireless networks that carry that video around the home, from a router to a TV, have to be much faster to deal with the requirements.

“Our partnership with DisplayLink to demonstrate wireless 4K graphics and video marks a significant industry milestone, as we are showcasing the ability of WiGig to offer capabilities previously exclusive to wired technologies,” said Jorge Myszne, vice president of products and sales at Wilocity. “It’s an exciting time for Wilocity, as the industry’s first WiGig-enabled products began shipping last February, new platforms launched this summer, and we are now showcasing new, cutting-edge use cases. We look forward to more exciting firsts to come.”

Wilocity uses a tri-band Wi-Fi solution to deliver the WiGig solution. When that solution is used for directional connections, the rate can get up to 7 gigabits a second speed. That helps it avoid interference with other data in the wireless spectrum.

“We’re excited to demonstrate our new 4K capable chipset.” said John Cummins, vice president of sales and marketing at DisplayLink. “This industry first chipset enables business users to view and work on documents, charts, and statistical data in stunning detail utilizing the full 4K resolution available with the latest monitors and televisions. Combined with 802.11ad wireless solutions from Wilocity, connectivity is taken to a whole new level, which we’re very happy to demonstrate at the forthcoming IDF 2013 in San Francisco and Wi-Fi Alliance press events in Beijing, Seoul, Taiwan and Tokyo.”

Wilocity was founded in 2007 and it has backing from Benchmark Capital, Sequoia Capital and Tallwood Partners.