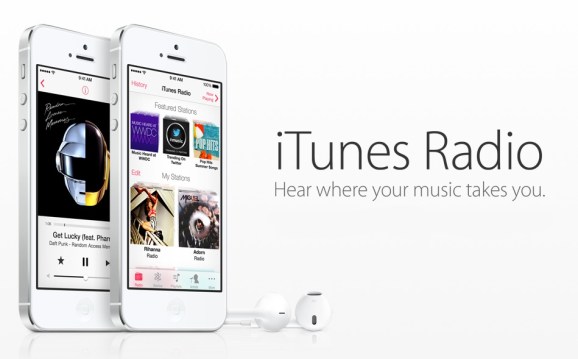 iTunes Radio, which Apple revealed back in June, functions quite a bit like Pandora. You create smart radio stations based on a song or artist that’s already within your music library. Apple said it is already providing hundreds of smart radio stations based on genre, which is something Pandora offers. You’ll also be able to see upcoming songs and favorite the songs that you like on a particular station. Pandora does this with a thumbs up/down option.

The service will be integrated heavily into Apple’s new iOS 7 mobile operating system, which is a complete overhaul of Apple’s mobile user experience and interfaces.