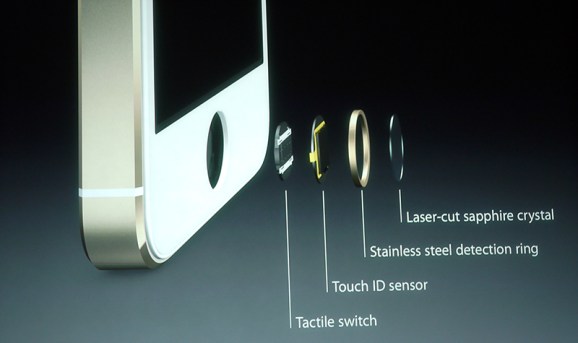 When is the iPhone 5S home button not a home button? When it’s a fingerprint scanner.

Alongside its newest iPhone, Apple also announced that 5S owners will be able to unlock their devices using the power of their fingerprints.

The feature, TouchID, will not only save iPhone users the trouble of inputting their passcodes but can also, for example, take the place of their iTunes passwords as well. It actually sounds really neat, at least at conceptually.

“We don’t just pack in feature after feature. Instead, we think deeply about what kind of experiences we want to create,” said Apple CEO Tim Cook.

Not at all, says Apple.

“All fingertip information is encrypted. It’s never stored to Apple servers or backed up to iCloud,” Apple marketing VP Phil Schiller said during the event today.

While many iPhone users will take Apple’s defense at face-value, it’s clear that the company is going to have to work pretty hard to convince its customers that their fingerprints are protected on their iPhones. In our post-Edward Snowden times, no data is safe.