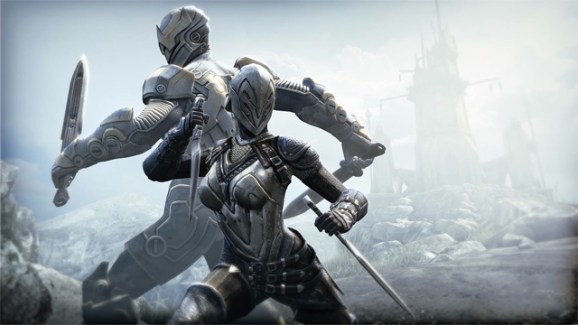 The developer revealed it is working on Infinity Blade III and will release it later this year. Chair will debut the title for $7 on Sept. 18. It’s for the iPad 2 and up, the iPod Touch 4 and up, and the iPhone 4 and up.

Infinity Blade and its sequel have so far generated $60 million in revenue for Epic and Chair. Players have downloaded these games over 11 million times, so it’s not surprising that the studio is returning to the lucrative franchise.

“It’s been amazing to see the continued success of Infinity Blade and to have the ability to tell a complex story across different mediums, using a single device we take wherever we go,” Chair creative director Donald Mustard said in a statement. “We’re so proud of Infinity Blade III and feel it not only offers a powerful finale to the series, but also gives mobile gaming another giant push forward.”