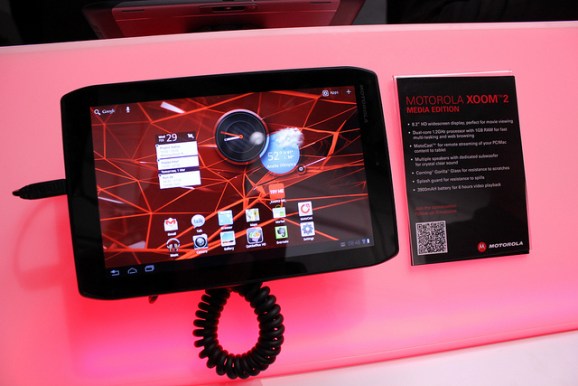 Motorola may have a mixed history when it comes to tablets, but the company isn’t giving up on the form factor just yet.

In an interview with Engadget, Motorola CEO Dennis Woodside confirmed that his company does indeed have plans to develop its own Moto X-like tablet, though he stopped short of saying when Motorola might release such a device.

The idea of another Motorola tablet is either enticing or horrifying depending on your experience with previous Motorola tablets like the Xoom and Xyboard, neither of which was received particularly well.

But things are a bit different for Motorola now, thanks partially to having been bought by Google, but also thanks to Android, which offers a much better tablet experience than it did two years ago.

Another big differentiator for the next Motorola tablet is Moto Maker, which would let Motorola sell customized versions of the device like it has with the Moto X.

All of which is to say that there’s room for a bit of optimism with Motorola’s next tablet. We’ll see what the company cooks up.