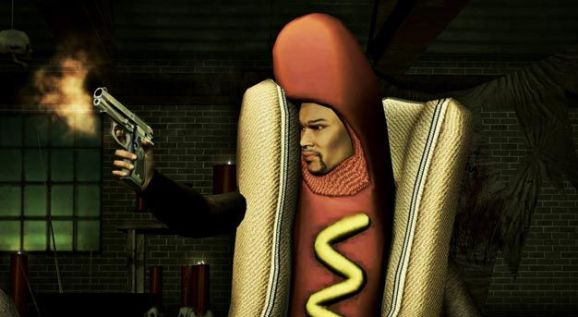 Total new physical software sales were up 21 percent in August, according to industry tracking firm The NPD Group.

“August 2013 retail video game grew a modest 1 percent over August 2012 as growth in software and accessories offset soft hardware sales as we near the launch of the Xbox One and PS4,” NPD analyst Liam Callahan said in a statement. “Excluding January 2013, which was up due to an extra reporting week versus January 2012, the last time overall retail video game sales — hardware, software, and accessories — were up year over year was October 2011.”

As always, it’s important to remember that The NPD Group is only tracking the sales of new physical video games at brick-and-mortar retail outlets. It does not track sales of games on Steam or Amazon.

“Video game retail software sales had their first positive month, up 23 percent, since November 2011,” said Callahan. “This was driven by the shift of Madden into the August data month and other launches such as Saints Row IV, Disney Infinity, and Tom Clancy’s Splinter Cell: Blacklist. In fact, eight of the top 10 games this month were launched in August.”

Those new launches had a huge positive effect on sales. In fact, collectively, August 2013 launches composed 58 percent of all sales for August.

“Xbox 360 and PS3 software sales combined to grow over 50 percent and are now only down only one percent year to date,” said Callahan. “This is remarkable considering how close we are to the launch of their successors, the Xbox One and PS4.”

Nintendo exclusives had a strong month. Mario & Luigi made an impressive debut on the 3DS, and Pikmin 3 even placed despite the low customer base for the Wii U.

As we expected, the 3DS and the Xbox 360 were the big winners.

“Nintendo’s 3DS continued to outsell other hardware platforms for the fourth month straight,” said Callahan. “The Xbox 360 was the top selling console for the month, which was the thirty-second consecutive month it has led console sales.”

Regardless, hardware sales are in a rut as gamers prepare for the next-gen consoles. Sony announced plans to release PlayStation 4 on Nov. 15. Microsoft will follow a week later with the Xbox One on Nov. 22.

“We hope to see hardware sales improve with the launch of the Xbox One and PS4 in November,” said Callahan.

Sony and Nintendo did not provide a response to a request for its sales figures.