Chinese workers putting in long hours for low pay to make the iPhone 5C, often in nasty conditions that Western employees wouldn’t tolerate, and then ship it 12,000 miles across the Pacific Ocean, where it’s available for $549 U.S. In the Apple store in Beijing, however, those same workers would have to ante up the equivalent of $733 U.S. to purchase the same plastic device.

And the iPhone 5C was supposed to be the affordable iPhone?

There is, however, method to the madness. And no — while the overall price level is set by Apple — the higher price in China is simply not Apple’s fault. I asked Apple analyst Brian White of Cantor Fitzgerald why the price was so much higher in China, and he answered in five words. 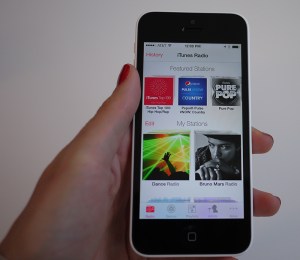 “There is a VAT [value added tax] in China for iPhones that is not added to models shipped internationally,” Morgan told me. “This is why Hong Kong, where there is no VAT, is such a booming market for iPhones.”

Indeed, iPhone and iPad smuggling is a major industry in China, with devices coming in from Hong Kong, which is run by the government as a “special economic zone,” enter the border into mainland China strapped to legs, bellies, or hidden in luggage and are sold across the country. This means the iPhone 5C’s high price in China — where the device is actually made — is less about Apple’s product and pricing decisions and more about the central Chinese government’s taxation policies.

Which is probably little comfort to the average Chinese citizen, and why there was widespread grumbling at the iPhone 5C’s relatively high price.

This higher price, at least partially due to taxation, is of particular importance in China because Chinese consumers — I know this is shocking — are not the same as American or European consumers. While most smartphone owners here actually lease-to-own their devices, taking advantage of massive carrier subsidies to pay as little as $99 for a phone like the iPhone 5C, most smartphone owners in China prefer to buy their device outright, decoupling it from a carrier decision.

“There doesn’t seem to be as much desire for carrier subsidies in China, and other parts of the world,” research analyst Jack Gold says.

But there are other reasons why Apple set the iPhone 5C price is where it is. 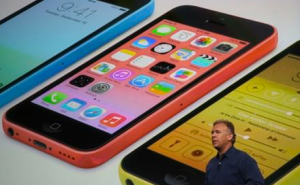 “I don’t think Apple is trying to compete with all the low cost suppliers in China which are selling at basically cost. Apple won’t do that,” Gold added. “I think China Mobile knows its market, and it probably thinks it can get the higher price. Also, and perhaps importantly, higher prices mean lower demand, and they may be under supply constraints and want to limit demand, at least for now.”

Gold told me that he wouldn’t be surprised to see a lower price emerge in the next few months as supply increases — if that was the driving issue. And Morgan, from ABI, added that the iPhone 5C’s pricing is right in line with Apple’s pricing policy since the first iPhone. The iPhone 5C, he says, is essentially the new iPhone 5, and now that it’s the second-best smartphone Apple offers, the company has essentially sliced $100 off the price.

“Another thing to consider: A customer that is won on price is lost on price,” Morgan says. “And Apple does not want to be in that kind of a battle.”