Yesterday Twitter announced the IPO of the year with a tweet, just as in 2012 Facebook announced its public offering with a post on its own social network. But thanks to Facebook’s clumsy and botched road to the stock exchange, Twitter’s will be a lot smarter.

And, potentially, much more lucrative for investors.

“Twitter will learn from Facebook’s flawed playbook and do the opposite,” PrivCo‘s Sam Hamedeh said in a research note last night.

When Facebook went public in 2012, the process highlighted its inexperience for the world to see. By setting the price too high, by issuing too many shares, and by allegedly revealing Facebook’s revenues only to industry insiders, Facebook made misstep after misstep that ultimately contributed to a stock that didn’t pass its opening-day high until this very month. 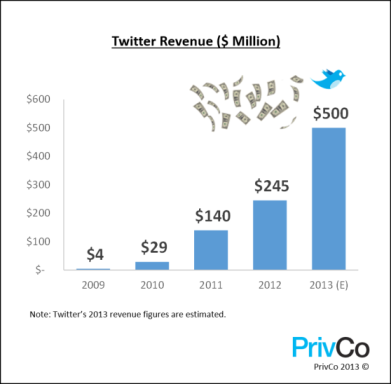 And then, of course, the NASDAQ had technical issues on top of everything else.

But what really caused the problem was that Facebook IPO’d too late in its company’s life cycle, primarily due to CEO Mark Zuckerberg’s notorious dislike of public markets, public disclosures, and public pressures to perform. That meant the company’s biggest growth days were already behind it — a major warning sign for investors. To compound that mistake, Facebook eventually went public during a seasonal downturn for its all-important ad business.

“Unlike Facebook, which waited too long to IPO (until its growth rate decelerated), Twitter will IPO at just the right inflection point: While revenue grows in triple digits and with its final pre-IPO quarter reported at its seasonally strongest 4th quarter,” Hamedeh said. “Contrast this with Facebook, which delayed its IPO so long that its final pre-IPO quarter was a seasonally weak and disappointing 1st quarter.”

Twitter’s revenue, which was just a tiny $4 million only four short years ago, grew massively in 2010, almost doubled in 2012, and is expected to doubled to about $500 million this year. That’s not even counting perhaps $100 million in revenue from newly acquired MoPub, the digital ad exchange that Twitter snapped up last week.

So Twitter will be able to show investors positive momentum, with, as PrivCo puts it, “its preliminary S-1 filing showing 2 full quarters of its new monetization efforts working beautifully.”

In addition, Hamedeh says, Twitter has learned from Facebook’s greed. By over-pricing its shares, Facebook almost ensured that first-day results would not pop well over its initial release price — generally the signal of a successful IPO, at least from an investor’s perspective. That puts more money in the company’s pocket initially, but it drives down overall value of the company and ensures that internal shareholders, including founders, are left with less paper insta-wealth than they otherwise could have realized.

“Not only do we expect Twitter to price at a more modest revenue multiple, Twitter also plans to float its shares on the NYSE, not the NASDAQ, whose technical difficulties were foreshadowed on Facebook’s opening day,” PrivCo says. 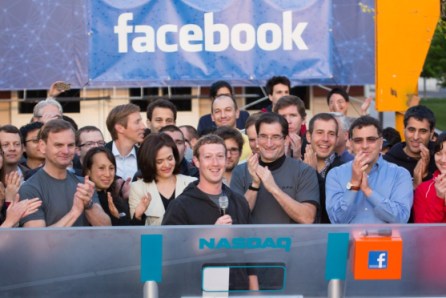 In other words, step by step by meticulous step, it’s as if Twitter watched very closely what Facebook did and decided to do almost the opposite. Which is almost certainly why the IPO that everyone expected in 2014 is upon us in 2013.

Of course, we don’t know exactly when Twitter will IPO. The company filed a confidential S-1, which only must be revealed 21 days before the IPO “roadshow,” when Twitter executives make the rounds of investment banks and mutual funds and other major institutional investors, pumping up the stock.

Twitter investor George Zachary, however, whose one percent of Twitter — purchased in 2006 for $250,000 — should be worth about $150 million when the stock debuts, says it must be soon, perhaps in a month or two.

“It would be hard for me to believe they would conduct a roadshow in the next three weeks,” he told me yesterday. “And it couldn’t be as far as six months away.”

Still, even though Facebook’s IPO was an example of what not to do and how not to do it, the company’s recent stock market success and strong financial results will end up helping Twitter, not hurting it, Zachary said.

“Facebook’s results could have a spillover effect,” he told me. “They’re indicators that people believe that Facebook has figured out mobile and that the company is on a growth path to exceed expectations … so a bunch of positive factors that don’t even affect Twitter could ultimately help Twitter.”

Which, with the already-given trailblazing help that has shown Twitter exactly what it needed to do to have a successful IPO, reveals that competitors can sometimes be your best friends.