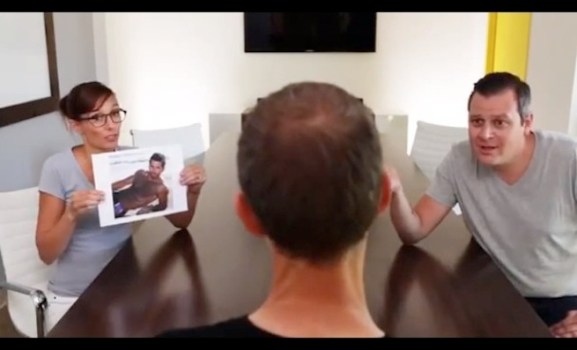 Microsoft recently yanked a series of commercials that pretty much ridicule rival smartphone maker Apple. (If you haven’t seen any of them yet, I’d highly recommend checking out the embedded video below if you feel like a good laugh.)

The premise of the commercial series overall is that there’s a “fly” on the wall during consumer testing meetings at Apple’s headquarters. During the commercial, Microsoft rips on the new iPhone 5C’s plastic casing — which it calls “cheap” even though it’s anything but — as well as the creative colors Apple attached to some of its products. (“Space Gray” anyone?) Also, there’s lots of “Dude bro” language laced throughout the nearly 2-minute video.

The commercial was seemingly yanked by Microsoft because it was ill received on many social networks. There were even a few instances where people called Microsoft out for its poor judgement because one of the consumers sort of looked like Steve Jobs. Admittedly you can only see the back of the consumer’s head, but this is immediately what came to mind when I watched it. That said, I still thought it was pretty funny.

This isn’t the first time Microsoft has commissioned gutsy commercials ridiculing its rivals. More recently, Microsoft featured the iPad and the device’s voice assistant Siri to demonstrate all the things it couldn’t do compared to Microsoft’s Surface tablet. And let’s not forget Microsoft’s “Scroogled” campaign, where it insinuated that its search service Bing was the far better alternative to Google, which uses your search data to make money.

We’ve taken the liberty of embedding the video below that someone else on YouTube was kind enough to re-upload. Let us know your thoughts in the comment section.