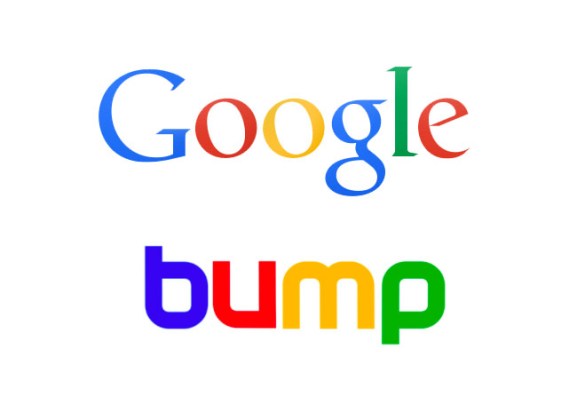 Google just bought Bump, the app for iPhone and Android that transfers files, photos, and videos between your phone and your laptop.

It’s a great app and a great idea — I can’t say how many times I’ve wanted to instantly share something between my devices, and waited, frustrated, for iCloud to sync up photos before finally giving up in frustration and just emailing them to myself. Apple is fixing that, theoretically, with Airdrop on iOS 7, so by buying Bump, Google has sent a shot across the bow of its biggest mobile rival.

Bump also makes the collaborative photo album Flock, which allows you to take photos of an event or vacation with friends and share them all between you. That’s something Facebook just made potentially obsolete with its new shared photos albums … but not if Google incorporates it into Google+ in some way.

There are also plenty of other opportunities for integrating the Bump technology into Android as a default part of the operating system — Google’s full-on Airdrop — and integrating it into Google tools such as maps. How many times have you looked up an address on Google Maps and wanted to somehow, magically, flick it over to your phone? Google has tools for that, but not necessarily as robust or as simple as Bump.

Here’s the full text of the announcement from the Bump blog.

We’re excited to announce that the Bump team is joining Google!

Our mission at Bump has always been to build the simplest tools for sharing the information you care about with other people and devices. We strive to create experiences that feel like magic, enabled behind the scene with innovations in math, data processing, and algorithms. So we couldn’t be more thrilled to join Google, a company that shares our belief that the application of computing to difficult problems can fundamentally change the way that we interact with one another and the world.

Bump and Flock will continue to work as they always have for now; stay tuned for future updates.

We’d like to extend a special thank you to all of you who have used our products so far. It continues to be a pleasure to serve you, and your feedback and evangelism inspire us every day.

We also want to thank our investors, advisors, and supporters — Marc Andreessen and all of a16z; Greg McAdoo, Tim Lee and all of Sequoia; Paul Graham, Jessica Livingston, and everyone at Y Combinator; Ron Conway and SV Angel; Ram Shriram of Sherpalo; Aydin Senkut of Felicis — and our friends and family who have encouraged us to dream big and push the world forward.

Editor’s note: Aydin Senkut is also one of VentureBeat’s investors.