It brings back some of the weirdness from past games
The last time we were in Los Santos in GTA: San Andreas, things got a little weird, with Bigfoot sightings, jet packs, and the odd people you’d find while exploring. The developers scaled back from that silliness in favor of a more serious tone for GTA IV. GTA V follows suit … but only to a point. Though it doesn’t happen too often, Rockstar Games has brought back some of those “Did they really put that in there!?” moments in funny and unexpected ways, including alien sightings, surreal drug sequences, and a bearded man who says he’s Jesus. 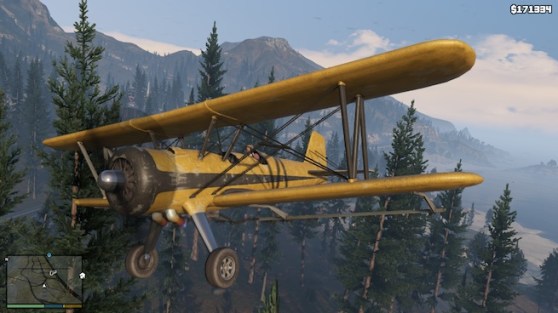 Above: Make sure to explore the forested areas. They hide some interesting people and animals.

Characters you grow to love (and hate)
Michael, Franklin, and Trevor aren’t what you’d call good guys. They’re thieves and murderers who, for the most part, are just trying to make a quick buck, and at least one of them is a sociopath. Dangerous events bring these distinctive criminals together, and the result is often entertaining and darkly comical as their personalities inevitably clash. And while Michael and Franklin are far from being sympathetic, I found enough redeeming qualities in their personal tales to make me care about them. Trevor is a bit more complicated.

Michael is a retired criminal who gets pulled back into a life of crime, but underneath his tough-guy façade is a genuine passion and love for protecting his family. Franklin is the youngest of the three and knows how hard drugs and petty crimes have negatively affected his neighborhood, and he does whatever he can to get out of there. Though he comes off as being selfish and arrogant, he never forgets the friends that have been there for him since the beginning.

And then we have Trevor. He’s the type of guy who’d kill you if you just looked at him in the wrong way. He’s also loud, obnoxious, and creepy. Watching his temper explode is sometimes funny, but it evokes more of a nervous laughter, the kind you feel guilty about after realizing what you were laughing at. Every time I played one of his story missions, I felt dirty and switched to the others as soon as I could. If anything, a morbid curiosity drove me to finish his tale rather than pure enjoyment. 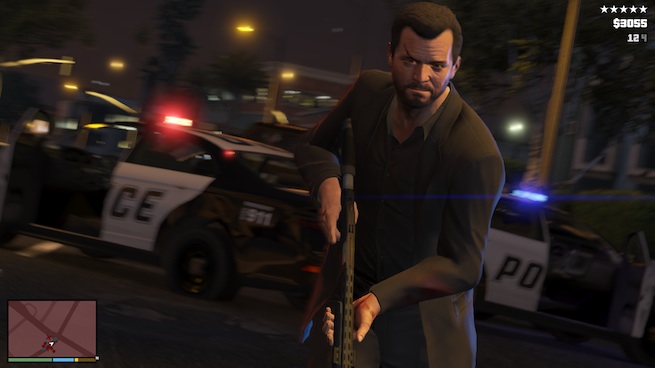 It’s easy to become emotionally invested in these guys because Rockstar’s tech has advanced so much since the last time we saw a GTA game. Just for fun, I popped in Grand Theft Auto IV (released in 2008) to see how it compares, and the differences between them surprised me. GTA IV looks oppressively dim and ugly next to the crisp colors and clarity of Los Santos. The main characters look and act more like real people — you no longer see the hard, jagged lines and vertices of their polygons.

It’s amazing to see the weariness in Michael’s eyes, the earnestness in Franklin’s facial expressions, and the boiling rage spewing from Trevor’s body language.