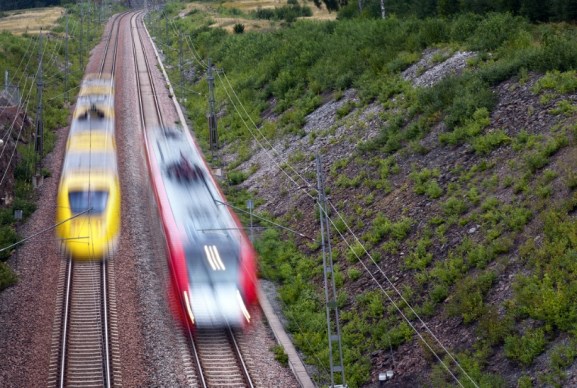 Technology is advancing so rapidly that most of today’s industry leaders will slip into oblivion by the end of this decade. The only companies that will survive are those that invest heavily in research — and take big risks. Nothing illustrates the difference between companies better than Facebook and Google. Google is exploring uncharted territory and staking its claims to the next trillion-dollar market opportunities, while Facebook is mired in the past and squeezing every penny it can out of its customers. Unless it happens to luck out by buying the right company, it seems to me, Facebook is doomed.

I expect that, within a few years, my Tesla electric car will drive by itself, using Google software. Yes, I am talking about the self-driving, autonomous vehicles that we have seen in science-fiction movies: Google is making these a reality.  Its autonomous cars have already driven half a million miles on California roads—without a single accident—and will soon transform transportation in cities all over the world.

Thanks to Google Fiber, my house may one day have 1000 Gigabit Internet.  Google’s Wi-Fi balloons, called Google Loon, could provide me with connectivity when I go hiking in the mountains.  I expect that a successor to Google Glass will replace my laptop, iPad, and TV; incorporate voice recognition and gestures; and provide me with an immersive 3D-viewing experience.

Google already reads my emails before I do, and, by analyzing what I search for on the Internet and which Web sites I visit, knows what I am thinking.  It “knows” what other people think about me.  If my friend and noted futurist Ray Kurzweil succeeds in his mission at Google, it will understand my wants and needs too.  It will predict what I want to search for, where I want to go to, and what I want to eat. It will understand how my brain thinks and become my personal assistant.

Yes, these are technologies that Google will likely deliver during this decade.  It is doing the type of research that Xerox PARC was famous for.  It is thinking even bigger than Apple.

Contrast this with what we can expect from Facebook: more ads, more annoying sponsored posts, more intrusions of privacy.  Maybe Facebook will continue to jazz up its Timeline and improve its search capabilities.  It will, for sure, buy or copy more hot products such as Instagram, Pinterest, and Foursquare.  But it won’t develop any earth-shattering technologies, because it doesn’t do Google-style “moonshots”—it just doesn’t have the culture and DNA. It is still the social network that the kid in the dormroom built.

Now that Facebook is a public company, it is under intense pressure to justify its inflated stock price.  I expect that it will try to squeeze more revenue out of its existing customers, who, no doubt, will become more frustrated with the ads and privacy intrusions.  They will eventually abandon it for private social networks or the next big thing.   Facebook could go the way of AOL and Myspace.

You can also see the difference between Facebook and Google in their corporate social responsibility and how they are perceived.

When Google went public, it set aside three million shares (now worth close to three billion dollars) for, and has committed an additional 1% of its profits to, philanthropic endeavors. It has been donating the shares to the community and using the philanthropic fund to engineer solutions to the global problems of health, poverty, food, and energy.  A group called Google for Entrepreneurs mentors and support entrepreneurs in different parts of the world.  The group has been working with my team at Singularity University and Stanford to help women entrepreneurs.

Google has been doing all this since its early days.  It has built tremendous goodwill with developers and local communities.

Facebook continually makes the mistake of alienating its own customers by misusing their information, and is increasingly losing goodwill.  As well, it has not done much philanthropy or community outreach—just a few initiatives that it has hyped to get positive press.  It is beginning to support causes such as immigration and Internet accessibility, but is fumbling because it lacks sensibility and sensitivity.

Facebook took intense fire from Silicon Valley, for example, when it launched its immigration advocacy group, FWD.US.  It started supporting questionable causes advocated by politicians on the extreme right.  Despite being a staunch proponent of immigration reform, in my Washington Post column I blasted Facebook for this.  I quoted legendary venture capitalist Vinod Khosla questioning whether FWD.US would “prostitute climate destruction & other values to get a few engineers hired & get immigration reform”.

Microsoft was hated when it achieved big success, and its monopolistic, self-serving behavior and arrogance toward its own customers earned it the dubious nickname “the evil empire.” Facebook users dislike Facebook for many of the same reasons.  But Google has managed to avoid this: despite its intrusions on privacy and its monopolistic market shares in some areas, its customers don’t express hatred of it.  The goodwill it has built carries it a long way.

So Google and Facebook could hardly be more different.  You can look to Facebook as a classic example of what not to do when you achieve success, and to Google as a model for staying ahead.