Hewlett-Packard is unveiling a bunch of fall consumer PCs today with a variety of bells and whistles, including its first consumer laptop with integrated gesture controls from Leap Motion. 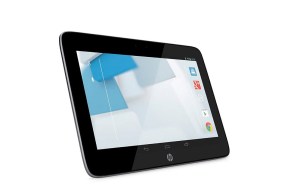 The machines reflect more creative designs that are aimed at bringing back the mojo to personal computers in an age of smartphones and tablets. The refresh is based on new Haswell-based processor technology from Intel, which is now in full production on its new generation of faster and more power efficient chips. HP’s line-up shows its emphasis on new computer form factors, a choice of operating systems, and new services and software that make computing easier.

Most of the product will launch with Microsoft’s Windows 8.1 operating system, which goes on sale on Oct. 17.

The devices include a laptop with integrated Leap Motion technology. The HP Envy 17 Leap Motion special Edition is the first laptop to include the motion-sensing technology for games, 3D models, and presentations. It has a 17.3-inch high-definition display with the newest Intel processors and Nvidia graphics.

HP is also showing off a fanless 2-in-1 hybrid laptop and tablet based on an Intel fourth-generation Core processor.  The machine will go on sale on Oct. 16 for $1,050.

“Our customers need solutions that work and play the way they do,” said Ron Coughlin, senior vice president, Consumer PC and Solutions Group, at HP. “Today’s announcement— which includes four world-first introductions—illustrates how HP is innovating and defining the next-generation computing experience, delivering the productivity customers need and the entertainment they want.” 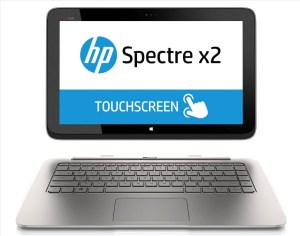 The line-up includes the HP Spectre13 x2, a 2-in-1 Windows 8 laptop and tablet hybrid. It has a detachable touchscreen, Beats Audio, a 1080p high-definition display, and full PC capabilities. It has a HP Control Zone track pad to access features such as Windows 8 charms, flip and snap, and custom touchpad gestures. It will sell starting Oct. 16 for $1,000.

HP is also talking about the HP Chromebook14, announced last week at the Intel Developer Forum. The device is the world’s first Chromebook based on the Haswell microarchitecture and comes in a variety of stylish color options.

HP says it isn’t making compromises on its materials. It uses durable, magnetically assisted hinges, dual batteries in the base of a laptop and in the tablet, and colorful exteriors.

The HP Spectre 13 x2 Ultrabook weighs 3.25 pounds and has a 13.3-ich HD screen with an Intel fourth-generation Core i5 processor. The laptop has nine hours of battery life and is just 13.4 millimeters thick. It will start selling Oct. 16 for $1,100. 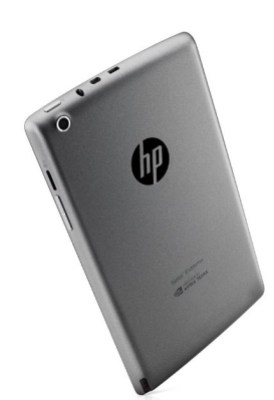 HP will also sell the Pavilion11 x2 laptop in colors that include Pearl White, Flyer Red and Sparkling Black. The detachable 2-in-1 has dual HD webcams and an 11.6-inch display. It has built-in Intel Wireless Display to connect the screen to a WiDi-enabled TV or monitor. It can use an Advanced Micro Devices A6 processor or a new Intel Core processor. It will sell starting Nov. 17 for $600.

HP is also launching its 7-inch HP Slate7 Extreme tablet with an Nvidia Tegra 4 processor and the Android operating system. It has Nvidia PureAudio technology and a 4:3 aspect ratio. It has a 7.98-inch display. Other Android models include the HP Slate7 HD and the HP Slate10 HD. The tablets come with two years of free mobile internet service — up to 200 megabytes of 4G data per month — on the T-Mobile Network. Pricing is not yet available, and the tablets will start selling in November.

HP is also showing its HP Omni10 tablet with an Intel Atom Z3000 (Bay Trail) processor and Windows 8.1. The tablet has up to nine hours of battery life.

HP is packing a number of its own apps and services into the devices. Those apps include HP Connected Photo, powered by Snapfish, and HP Connected Music powered by Meridian. It is also making HP SmartFriend available for customer support.