The new product is possible thanks to Leap Motion’s new tiny embedded sensor, which is just slightly larger than a stick of gum. 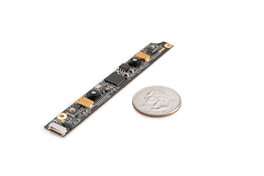 “It’s the smallest motion-control component in the industry,” a Leap Motion representative said. “We’ve shrunk it down to about 30 percent of the height and half the width of the standalone Leap Motion device.”

The HP Envy will come loaded with Leap software, including Airspace, the company’s app store for 3-D motion enabled software, and a complimentary bundle of five games, including Boom Ball, Jungle Jumper, and a HP-designed exclusive app, Jack Lumber. You can control each of these games with hand gestures in the air. You can also use gestures for the the HP laptop’s operating system itself — Windows 8 — with third-party software available on Airspace such as Better Touch Tool, which maps movements to the operating system.

This Envy will be available in the U.S. first for $1,050 in “select retailers” and HP’s online store. Users will activate and turn off the Leap Motion software simply by tapping the function key and the space bar simultaneously.

This marks the next step in the company’s evolution, Leap Motion CEO Michael Buckwald told me a few days ago. And laptops are just the beginning.

“It is already small enough to fit in essentially almost every desktop or laptop, and could even fit in most tablets and smartphones,” he said. “We’re now making it even smaller.” 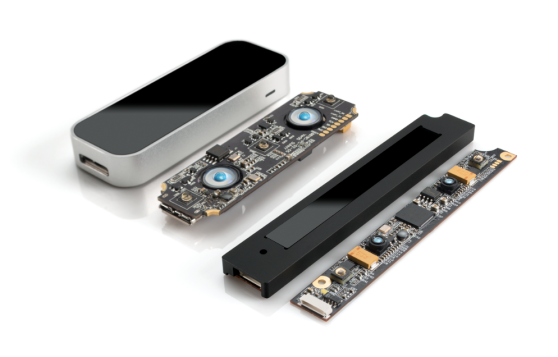 Next steps include keyboards, the company said, the smartphones and tablets that Buckwald mentioned, and head-mounted displays. In other words, Google Glass, GlassUp, or similar augmented reality devices. To make this happen, Leap Motion is experimenting with multiple form factors, including breaking the sensor down into multiple components, to expand the usable motion capture space.

“Right now it is one component,” Buckwald said. “We’re experimenting with all permutations.”

Meanwhile, there continues to be more software available for Leap Motion, as downloads surpassed a million in August, and Airspace passed 100 apps just recently. That’s growing almost daily, Buckwald says, as some of the more challenging, interesting, and more complex apps are just now starting to roll out. 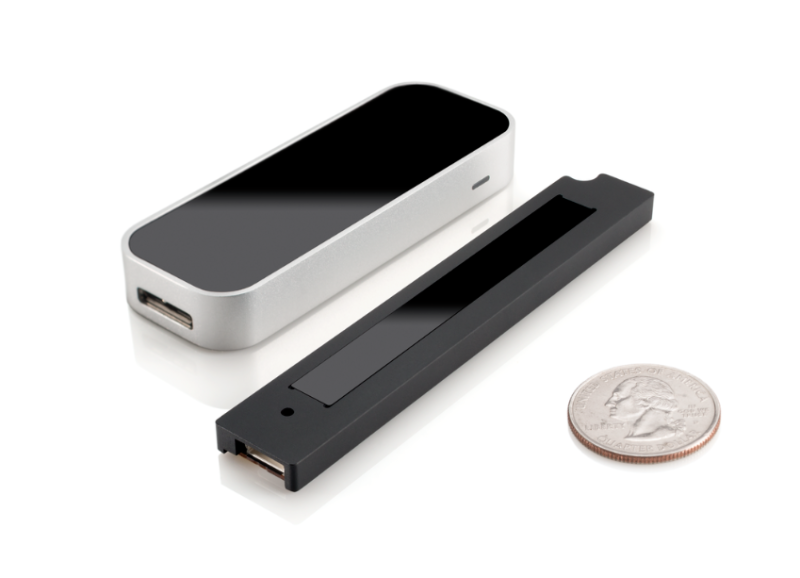 I asked Buckwald if he had had seen what Elon Musk and Tesla are doing with Leap Motion — designing rockets in 3D virtual reality.

“I did notice,” he said. “It’s a really great example of someone using Leap to do something that you can’t do with a keyboard. The video was a surprise … we knew they had a few units, but were weren’t aware that they were doing such high-level things with it.”