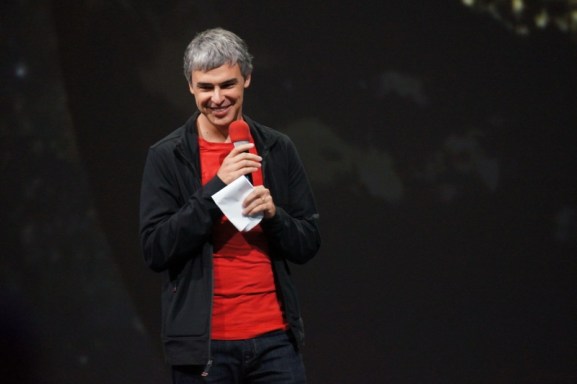 Google is back in the health business with a mysterious new initiative to combat death itself.

Google’s top executives didn’t say much about the biotech venture, called Calico, when they announced it on Sept. 18, except to say that it would focus on health, wellness, and the challenge of aging and that it would be headed by former Genentech CEO Art Levinson. But with its announcement, Google sent a clear message to Silicon Valley’s entrepreneurs: Think bigger.

“Google is making it more likely that the brightest technical minds will raise their hand and say, ‘I don’t want to do some cutesy social game; I want to solve real social problems,” said Owen Tripp, the founder of health startup GrandRounds, on hearing the news. Tripp has a point as Google is a role model for many entrepreneurs, and uses its ample funds to take big risks (or to borrow chief executive Larry Page’s term, “moonshots.”)

Digital health entrepreneurs we spoke with in the wake of the announcement are buzzing with excitement, and rightly so. This is Google’s second foray into public health, and it appears to be far more ambitious in its scope than its first, an ill-fated personal health record called Google Health. This product was shuttered in 2012 for failing to resonate with consumers.

Calico won’t target consumers in its early years. It It will function as more of a research institute than a pharmaceutical company, the New York Times reports. Calico will provide funding for basic research aimed at unpacking and analyzing the biological mechanisms behind aging. The company may also hire its own team of researchers to work on solutions to prevent or enervate the development of certain diseases.

Can Google succeed where others have failed?

If it releases products to the market, Calico has a virtually wide-open market opportunity, given that most anti-aging initiatives exist purely as nonprofits and have no clear plans for commercial products. Related initiatives have not experienced much success: Sirtris Pharmaceuticals, which was acquired by pharma giant GlaxoSmithKline for $720 million, have been downsized over the years. Elixir Pharmaceuticals was shut down.

But Calico is taking a fresh approach, by focusing on research, rather than turning quick profits. And with a reputed tens of millions of dollars in funding from Google corporate, the company has the funds to stay afloat for some time.

Moreover, Google is tapping a heavyweight biotech pioneer to lead the initiative. Dr. Arthur Levinson is a solid choice for the job, given that he’s the former chief executive at Genentech. He plans to remain the chairman of the board of directors of both Genentech and Apple, a position he assumed after Steve Jobs died in 2011.

Apple CEO Tim Cook referred to Dr. Levinson as “one of the crazy ones.” You could describe Larry Page in the same terms; he often says that Google only concerns itself with “10x ideas,” whether it’s a Wi-Fi balloon, self-driving car, or Calico, an initiative to delay aging.

Like Google’s other bold ideas, many key details about Calico, like the funding amount and employee count, are still unknown. To dispel some of the mystery, VentureBeat caught up with Silicon Valley’s health care power players, including former employees at Genentech and Google Health, for on- and off-the-record conversations. Here’s what we learned.

‘Larry and Sergey have always this grand vision … for public health’

Missy Krasner worked at Google Health for over six years, so her phone hasn’t stopped ringing. Krasner does not seem all that surprised by the news, as her former employers, Google cofounder Sergey Brin and Page, have long been fixated on how to use data analysis to predict and track disease.

Krasner believes that Calico will be fundamentally different to Google Health in both its “mission and intention.”

“Google Health was a basic building block,” she explained. “But Larry and Sergey have always had this grand vision about how to help society and improve public health.”

Page appears to be thinking big for Calico, potentially even bigger than cancer. On his personal blog, he jotted down a few thoughts on the long-term goals:

If you solve cancer, you’d add about three years to people’s average life expectancy. We think of solving cancer as this huge thing that’ll totally change the world. But when you really take a step back and look at it, yeah, there are many, many tragic cases of cancer, and it’s very, very sad, but in the aggregate, it’s not as big an advance as you might think.

“In some industries,” Page told Time‘s Harry McCracken, “it takes 10 or 20 years to go from an idea to something being real. Health care is certainly one of those areas. We should shoot for the things that are really, really important, so 10 or 20 years from now we have those things done.”

Krasner believes that Google’s entrance into public health is somewhat inevitable, and the search giant is uniquely equipped to handle and store mountains of information of any kind, including genotypical data.

Google’s engineers can perform complex trend analysis on data and send those results to governments, consumers, and advertisers.

Already, Google has begun applying its smarts to public health. For instance, its engineers are highly adept at predicting outbreaks of the flu by analyzing search terms in real time. I can only begin to imagine what the company could do with search terms, publicly available demographic information, and terabytes of human genetic information, the kind that a biotech giant like Genentech has been working with for years.

Levinson, a scientist with a Ph.D in biochemistry, rose through the corporate ranks at the Silicon Valley-based Genetech, where researches and technicians use DNA to discover and manufacture pharmaceuticals to treat patients with a variety of medical conditions.

From the get-go, Krasner believes that it will draw attention to the field of anti-aging, which has yet to gain a strong foothold with the public, or gain much funding for research.

“It’s ridiculous that aging hasn’t been treated as a disease,” she said.