Singles today have far more options than Match.com, or god forbid, asking out an attractive stranger at a coffee shop. A new crop of dating apps promise to help you find love with a few taps on your smartphone.

With a quick Internet search, you’ll find an array of these new apps ranging from the good, the gimmicky, and the downright bizarre. Which of these apps is right for you? Most of us don’t have the time to sign up for more than one or two of these services, let alone go on any actual dates.

So VentureBeat asked two brave volunteers to sign up for five online dating services. Over the course of a week, our undercover writers went on a date every single night. Note that some of the first names have been changed to protect the anonymity of their dates — as you might expect, plenty of awkwardness ensued.

You’ll notice that we included few familiar dating apps as well as some relative newcomers, like Grouper and the rather charming-sounding Coffee Meets Bagel.

Did our volunteers find love in a week? Or were they merely left with a cynical outlook, or worse, dating horror stories? Read on to find out. 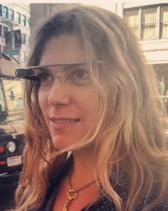 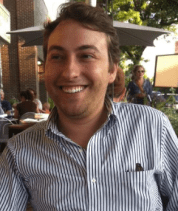 Rachel Balik, 30, is a content marketing manager from San Francisco’s Mission District. Rachel is passionate about coffee, her iPhone, and her MacBook. She pretty much hates dating. Like all true marketers, Rachel can sell anything well — except herself. Share your dating horror stories with her on Twitter @WickedRB.

Robert Leshner, 29, is the founder of Safe Shepherd, a startup that helps you manage your Internet security for free. He also hails from San Francisco’s Mission District. Robert is passionate about economics, civil liberties, and the board game of Monopoly (his personal record is 22 consecutive wins). He enjoys discussing technology with his dates. Ask him out on a date on Twitter @rleshner.

Her rating: 2/5
Her review: Plenty of matches, plenty of weirdos

Getting started: The first thing I realized when I joined Tinder was that I look like an idiot in all my Facebook pictures, so I was forced to log on and do some profile maintenance. While fearing that all my friends thought I was a self-tagging egomaniac, I plunged into Tinder.

OK, “plunged” is the wrong word. In fact, the only way I could get myself to start Tindering was to think of it as a game, which turned out to be a rewarding strategy. In 20 minutes of playing, I was matched with 70 potential dates.

Unfortunately, I’d say that was the highpoint of my Tinder experience. 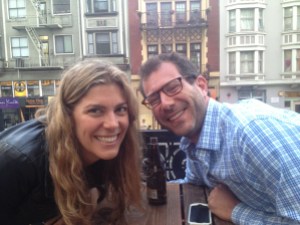 Above: David, my Tinder date, invited me to Walmart

The date: As soon as I got my first message asking me if I was “DTF” [which means “Down to F—“] before even saying “hello,” I stopped being interested in dating and launched into a soliloquy about the sad state of young people in America. But when I got a message from David asking me if I wanted to go to Walmart, I was amused enough to reply, “How about Tuesday?”

However, on Tuesday, my coworker mentioned that she received the exact same message from the same guy. Naturally, I made her come with me and we surprised David at Jones Bar with a 2-for-1 deal. We also invited Robert (my VentureBeat co-writer) to balance the ratio. David was totally cool about the surprise — he’s new to town and was psyched to meet new folks in any capacity. It’s not a romantic connection, but David and I are still chatting.

The aftermath: A few days after my date, I received a message from another potential date, Jason, with a poem.

“Roses are red, violets are blue. I think you’re pretty. Please sit on my face.”

I replied, “Do you think that’s an acceptable way of talking to someone, or are you trying to be offensive?” And then I deleted Tinder.

His rating: 3/5
His review: Good matching feature, but some accounts seemed fake 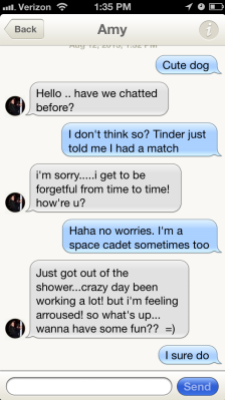 Above: A very awkward conversation with a potential date

Getting started: Facebook Connect used to be a “no-no” for dating apps. And now it’s the only option. I connected, and it built my profile. Within seconds, I was swiping left and right to approve and decline matches based exclusively on appearance. Tinder really boiled dating down to its most basic element.

After judging about 100 potential matches (which took about 5 minutes), I was bored and left the app. And then a funny thing happened. I got a push notification alerting me that I had a match. And then another. And then another. When I returned to Tinder, I couldn’t help but judge another 50 profiles. It was just that easy.

Most of my matches, I realized, were a result of unscrupulous approving — when I viewed their additional pictures, I lost the desire to actually message them. High standards, what can I say.

The date: After a day or two without a worthy match, I started chatting with “Amy,” who looked extremely attractive in her photos. Amy told me that she just got out of the shower and asked if I wanted to webcam-chat with her. Real girls don’t act like this. Having watched Punch Drunk Love, I knew that extortion was just around the corner. I opened the link she sent me in an incognito browser, saw it was a naughty website, and promptly blocked Amy. Spammers are the hallmark of a growing service, so I actually took this positively.

After a few days of intermittent use, I finally connected with Kara. I proposed tacos and margaritas at Tacolicious on Valencia Street (my go to casual date). She suggested a Wednesday lunch instead, and we met up for tacos. She was new to the city and had only used Tinder so far. We didn’t have a romantic connection, but I wasn’t expecting one.

That night, I got matched with Catherine, and we chatted back and forth through Tinder for an hour. We arranged a date at Local Edition, she gave me her phone number, and then cancelled on me on the day of the date.