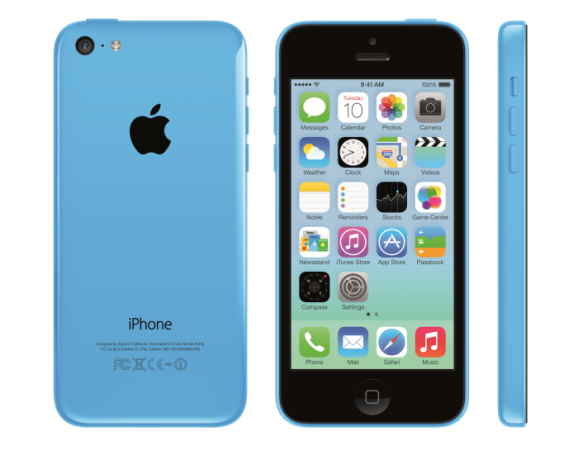 The culprit at the center of the newest Apple-Samsung trial.

Apple announced this morning that the iPhone 5C and iPhone 5S were record-breakers, hitting sales of over nine million units over their opening weekend.

And, the flagship iPhone 5S is “sold out.”

But the company also activated more than 200 million iOS 7 devices over the weekend as literally hundreds of millions of people took the plunge and made the biggest software change to their iPhones since the move from the first app-store-less iPhone to the second iPhone.

“More than 200 million iOS devices are now running the completely redesigned iOS 7, making it the fastest software upgrade in history,” Apple said in a statement.

Apple had previously boasted that iOS 7 would become the “world’s most popular operating system.” But, as baseball player Dizzy Dean memorably said, “it ain’t bragging if you can do it.”

In addition, Apple has also been smart, making the devices available in more countries around the world simultaneously. This weekend’s launch saw the iPhone 5S and iPhone 5C hit the shelves in each of U.S., Australia, Canada, China, France, Germany, Hong Kong, Japan, Puerto Rico, Singapore and the U.K.

All of that has helped Apple surpass previous sales records — analysts had estimated first-weekend sales of 6-6.5 million units.

Android, of course, still has many more activations than iOS in total, with 900 million in May of this year, and over one billion as of September. Google’s mobile operating system, however, has significantly more fragmentation in the market due to its thousands of devices, many, many carrier-specific versions, and the inability of many Android device owners to update their operating system to the latest software.

But in terms of sheer numbers on one version of one mobile operating system, iOS 7 will likely become the most popular in history at some point soon. That will take a bit of work — 43 percent of all Android devices, or over 400 million, are currently running Jelly Bean, the latest version of Android (besides the recently-announced KitKat).

Apple has a ways to go yet.