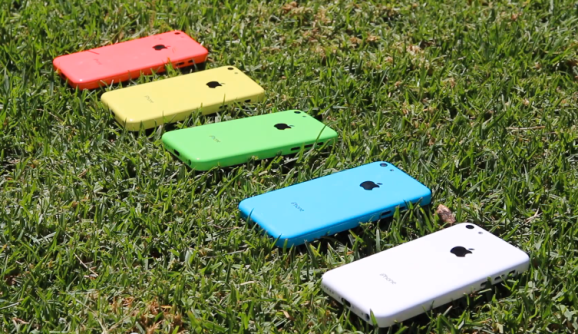 If Apple is doomed, perhaps being doomed isn’t so bad.

The company confirmed today that combined sales if its new iPhone 5S and iPhone 5C have topped 9 million in first-weekend sales, breaking the 5 million record set by the iPhone 5 last year.

But while the news is indeed big for Apple, it’s fairly unsurprising if you consider two things: One, this is the first time Apple has launched two iPhones at one time, which obviously boosts their combined numbers. (Apple didn’t break out the individual sales of either device, likely because neither by itself broke any records. That makes sense.)

Perhaps more significant: This was the first year Apple launched an iPhone in China, which is doubtless full of people waiting to get in on the iPhone action.

For Apple, the situation is so good that it’s also telling its investors  to expect a good quarter this time around.

It’s an unusual move for Apple, but you’d brag too if you just sold 9 million phones in three days.

Sadly, all of this is probably bad news for those of you unwilling to wait in any of the iPhone launch lines: Apple has pushed online shipping dates for both devices into October. But you already knew that would happen.

“The demand for the new iPhones has been incredible, and while we’ve sold out of our initial supply of iPhone 5s, stores continue to receive new iPhone shipments regularly,” Apple CEO Tim Cook said in a statement.