NEW YORK CITY — How much can change in a year?

That seemed to be the question on everyone’s mind as Microsoft unveiled the Surface 2 ($449) and Surface Pro 2 ($899) this morning, its next stab at bringing together tablets with traditional computers.

“Reinventing the wheel is not the goal, making it better is,” said Microsoft’s Surface head Panos Panay, as he unveiled the Surface Pro 2. 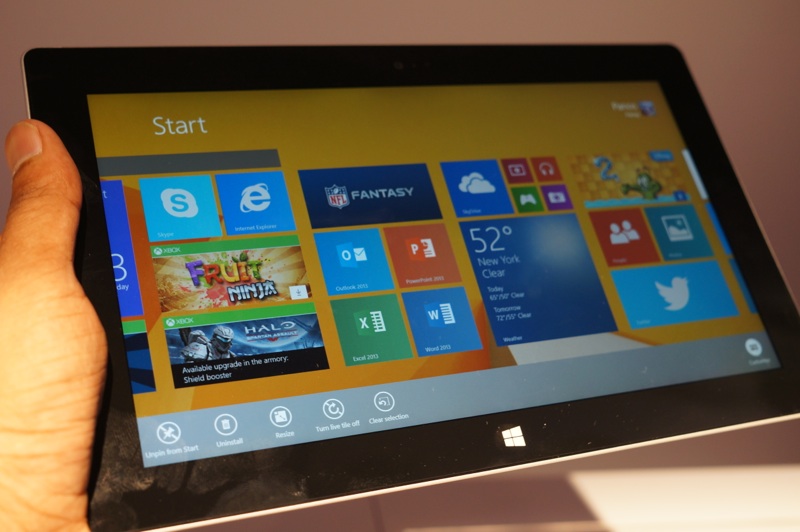 Surface Pro 2 has new Intel Haswell chips, which means increased performance, along with better battery life. Panay says MS has explored many ways to increase the battery life by 75 percent, it’s not just the new processor doing the heavy-lifting.

It’s interesting that Microsoft chose to reveal the Surface 2 after the Surface Pro 2 — almost as if its impact were being minimized a bit. Surface 2 is powered by Nvidia’s Tegra 4 chip, which has 72 graphics cores compared to around 12 with the original Surface, and it sports a full 1080p resolution display.

Onstage today, Panay had Windows head Julie Larson-Green play some Halo: Spartan Assault , and it ran surprisingly smoothly. Surface 2 also comes with the full Office suite, including Outlook. That makes it a far better productivity device — something that even students may want to consider.

“It’s not subtle. It’s the rebound,” Panay said regarding the Surface 2, a sign that Microsoft actually listened to many of the criticisms of the first Surface.

Both new Surface devices seem like marked improvements over their predecessors: The Surface 2 is now cheaper than the iPad and can do much more. The Surface Pro 2 is now one of the most versatile laptops on the market, with killer battery life. It remains to be seen if these subtle improvements will make much of a difference to consumers, though — Microsoft had a shot to truly wow the world last year with the Surface, and it sort of blew it. 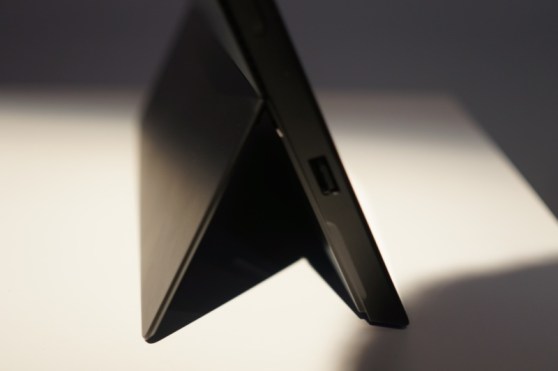 Above: The Surface Pro 2’s kickstand.

The new covers will also work with last year’s Surface devices. It’s unclear if the dock works with the Surface 2, but we’ll ask for clarification.

Given the multitude of sensors in the Touch Cover, Surface engineers also explored other ways to use that technology. That led to the Surface Remix device, a cover that lets you remix music like a DJ. It seems like a smarter version of electronic music devices currently on the market. It can detect pressure, so you can create varying degrees of drum beats, and Panay also showed off how easy it is to remix two songs.

Pre-orders for both the Surface 2 and Surface Pro 2 will kick off tomorrow morning, and they’ll ship on Oct. 22.

Last year’s Surface RT will still be around for $349, and it will also ship with Windows 8.1 now. That’s a decent entry-level price, though I’d recommend anyone seriously considering these devices to start with the Surface 2.