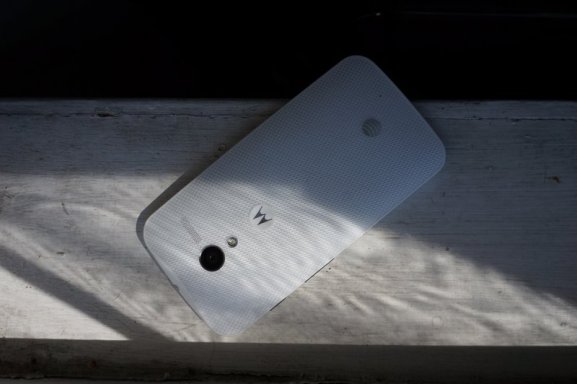 The Moto X’s biggest flaw could soon be a thing of the past.

While the Moto X is well built and offers the most innovative use of voice commands in a smartphone yet, it also launched with an inexplicably terrible camera. But thanks to an upcoming update from Motorola, the Moto X’s  camera will soon be “dramatically” improved, reports Anandtech’s Brian Klug.

The update will start rolling out to T-Mobile Moto X owners today and hopefully to other carriers soon.

Motorola packed in a decent 10 megapixel camera sensor in the Moto X, new “Clear Pixel” technology to let in more light, and went to great lengths to simplify its camera interface. Yet somehow, the Moto X camera performance was downright manic for me and many other reviewers. Some shots looked fine, some were surprisingly washed out, and nothing looked truly great. It was a massive letdown given just how solid the Moto X was otherwise.

Above: A terribly washed-out shot from the Moto X’s camera. And ducks.

Klug, who had a chance to test out a phone outfitted with the new update, notes that some of the most common issues with the camera seem to be resolved. Outdoor shots no longer look washed out, noise reduction is toned down for the sake of better clarity, and indoor low-light shots offer better white-balance.

“I have to say that the changes Motorola makes to the Moto X with this update are nothing short of the biggest I’ve ever seen come across in an OTA (over the air) update,” Klug wrote.

Assuming the fix is as significant as Klug says, I’ll definitely be less hesitant about recommending the Moto X. I’ll report on the update’s camera performance once I get my hands on it.