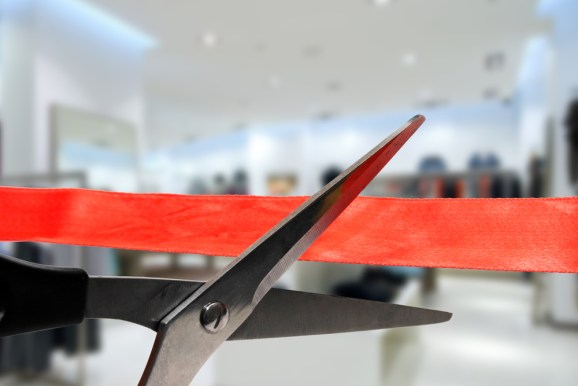 The longstanding United States ban on “general solicitation” has been lifted.

Startups can now publicly announce that they are fundraising. It’s an enormous shift in the rules for fundraising that has some entrepreneurs incredibly excited. But how many startups are ready to follow this path — and will they be able to navigate the new maze of regulations?

We talked to six companies (a mix of startups and investors) to find out what the rule changes means for them: RockThePost, WeFunder, AngelList, TechShop, Bessemer Venture Partners, and CircleUp.

One of many responses to the stock market crash of 1929, the ban on general solicitation took hold during The Great Depression in 1933. It regulated the offer and sale of securities, which meant that private companies could not publicly solicit investment. Fundraising had to happen behind closed doors.

For more on the JOBS Act’s new provisions, see:

President Barack Obama signed the Jumpstart Our Business Startup Act (JOBS Act) in April 2012 in an effort to stimulate small businesses (and the economy) by making it easier to raise capital. The bill has seven main provisions. It doesn’t implement some, like permitting anyone to make equity investments, until next year. (Accredited investors include people whose net worth exceeds $1 million or who have an annual income of $200,000 per year or higher. According to a July report by the Government Accountability Office, there are about 8.5 million people in the U.S. who qualify as accredited investors.) Other provisions, like permitting companies to secretly file the initial paperwork for an initial public offering, are already in effect. Twitter is using this for its IPO.

“Through the new rule 506(c), companies are permitted to use general solicitation to reach investors, essentially reaching out publicly in a private offering, as long as every ultimate investor in the offering is accredited,” said Stephen Graham, a partner at Fenwick & West, who also co-chairs the SEC’s Advisory Committee on Small and Emerging Companies. “This should mean greater access to capital for startups as they are permitted to cast a wider net for investors through general solicitation.  It also should mean a greater role in private offerings for online platforms.”

Here is a look at what the general solicitation means for these six companies.

Lifting the ban on general solicitation enables private companies to state that they are fundraising on their homepage or social media accounts and raise money through open online funding portals — and theoretically yell about it all from the rooftops. It also means that investors who are outside the tight circle of Silicon Valley will have greater access to deals.

“In the past three years, only 258,000 investors have made an angel investment out of the 8.7 million accredited investors eligible to invest in the U.S.,” said RockThePost’s CEO Alejandro Cremades to VentureBeat. “The ban lift replaces a reliance on word-of-mouth and networking events, which has been the case for the past 80 years. As a result, the active angel investors could grow thirtyfold. Now, investors will have access to quality startup-investing opportunities regardless of whether they belong to an angel investing group or are an insider in the tight-knit venture capital communities.”

RockThePost is an equity crowdfunding platform that connects accredited investors with startups. Before, the investment opportunities had to be kept behind a firewall that only approved members could access. On Tuesday, RockThePost will hold a digital demo day, and four startups will pitch to investors over a livestream.

WeFunder is a Y Combinator startup that has a platform similar to RockThePost. While the company is not going so far as to host a public event, founder and CEO Nick Tommarello said that WeFunder’s site will look more like Kickstarter, where anyone can browse through the opportunities without signing up.

“If you are a founder fundraising, you want to stop fundraising as soon as possible and go back to work,” he said in an interview with VentureBeat. “In a couple days, you could raise a couple of million dollars. The real value of crowdfunding is that people who like your products and use them can invest, and new angel investors can get their feet wet.”

General solicitation means that it will be easier for startups to attract attention and fundraise from more people. However, with equity investments, more contributors is not necessarily a good thing.

One of the concerns with raising money from a lot of different sources is having a crowded cap table and not taking “smart money” from investors who have domain expertise and connections. WeFunder address this issue by pooling all contributed money into one people so just WeFunder shows up as the investor, an approach also taken by online venture capital startup FundersClub.

Another concern is due diligence. Before angels and venture capitalists make investments, they perform due diligence to make sure that the company is legitimate. This is a time-consuming process that many hobby/amateur investors don’t have the time or knowledge to do.

Online investment portals like the ones mentioned above address this by tightly curating the featured opportunities. WeFunder participated in both Y Combinator and Tech Stars, and primarily draws from these already-vetted pools.

As deal flow opens up and there are more accessible opportunities, the due diligence step of the process will become increasingly important.