Prizes are everywhere. Simply take a look at your TV: Sports and racing, dancing and singing contests, game shows and reality shows. Beyond the TV, we have poker and chess tournaments, even eating competitions. Prizes capture our interest, for killing terrorists ($25 million for Osama Bin Laden) and capturing common criminals.

People love prizes. They give us competition and drama. Las Vegas thrives on relatively mindless games like slot machines, craps, and blackjack, where the engagement isn’t nearly as deep as in video games. So why do the people who make video games ignore what could be the dramatic centerpiece of our best-known games, the prize? 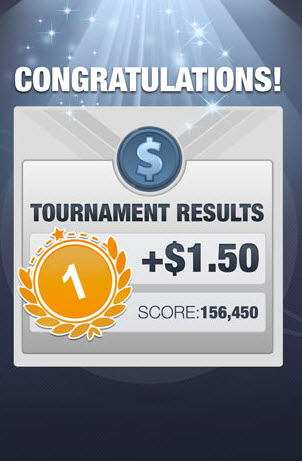 Some people are afraid it’s illegal. But they don’t realize it’s legal to give prizes in games of skill, which covers most video games:  “Skill or amusement games are not considered to be gambling in most U.S. jurisdictions …. Since they are ‘clean,’ the lure of gaming competition and prizes represents a powerful marketing tool with very substantial profit potential.” That’s a quote from “Gaming Law In a Nutshell”, a summary of U.S. and international gambling laws written in 2012.

What is stopping game developers? It may be that the lack of real prizes in computer games is based on a simple misunderstanding: If a game pays money to winners it must be a gambling game. If I offered a $20 game card to the winner of a game contest I’d be operating a slot machine, right?

False. The phobia against real prizes dates from the early days of pinball (games that players don’t often control, where there is a lot of luck). It is time to fix this error, offer game players the joy of competing for dollars, and allow game companies the joy of collecting dollars.

How would game contests work?

Activision’s Call of Duty (CoD) is a great first-person shooter that could really raise the stakes with real rewards. The company could encourage players to buy bandoliers of Special Contest Ammunition for one dollar. Contestants would compete to win the pot. For example, if 100,000 people bought the Special Contest Ammunition to enter the contest and 1,000 teams won, the winning teams each might get a $50 prize and free tickets to the next, more difficult (and more rewarding) challenge.

Of course, the full price game would come with a few free tickets, to whet new players’ appetite for real competition, and contest winners would be given some free tickets to give to their friends. 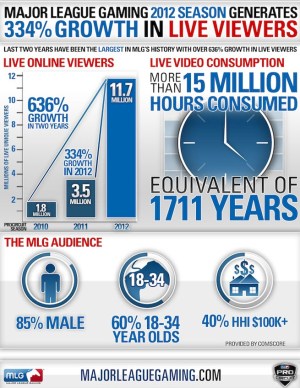 Isn’t this what Major League Gaming is already doing?

Major League Gaming has become a big “eSports” company holding dozens of live tournaments for gamers each month. They are proof that prizes are legal. Those prizes are made possible by a large and fast-growing fan base. Today, only a few hundred very serious competitors can compete, but this is just the start.

They also report that while Major League Gaming is the largest eSports league, its competitors (World Cyber Games, ESL Intel Extreme Masters, Cyberathlete Professional League) are close behind. eSports players now get the same recognition from the U.S. government that professional athletes receive when getting travel visas.

While e-Sports uses world-class players to attract a viewing audience, other companies hope to attract many levels of peer-to-peer competition, and they can monetize those players directly. Some services let you bet against your friends in the U.S.

The oldest is GSN, a joint venture between Sony Pictures Television (58 percent owners) and DirecTV (42 percent). Another eSports player is Virgin Gaming, which is owned by Richard Branson’s Virgin Group.

It now has 2.5 million players on the web. Gamers have won (or lost) over $32 million in cash in 20 million contests. Wagers are up 280 percent and sponsorships are up over 900 percent. A recent Halo tournament, the Halo Infinity Challenge, drew 292,000 participants who played nine million games over three weeks.

In the more gambling friendly United Kingdom, King has been profitably operating games of skill since 2005. In the U.S., Skillz, a real-money gambling platform for mobile games, recently received $5.5 million in seed funding. Cashplay.co, cashbet.com, and Skillville are also looking to power peer-to-peer (P2P) wagering.

All the P2P betting companies suggest they will offer fair matches. Since no one is offering handicapping yet, gamers won’t want to wager against stronger opponents. On a true level playing field, you’d always contend against a perfectly matched opponent in a perfectly matched game. In this case, you’d win 50 percent of the time, lose 50 percent of the time, and thus end up always losing money, the amount equal to the house cut (~10 percent).

However even matches are difficult to arrange; we’re going to get, at each tier of skill, strong players preying on weak players, and sharks diligently figuring out how to masquerade as minnows. But the trickiest fairness issue is collusion, and the only way to prevent that is to ban friends playing with friends, and who wants that? 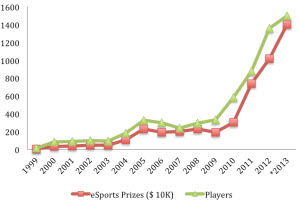 What’s Next For Stakes in Games?

What’s being overlooked is that we don’t have to focus on me-versus-you games: Betting on who is top dog is a zero-sum (at best) game. Games should be non-zero-sum, like life. To make a better game, we must invent contests that increase the average enjoyment of the average player.

Game designers should create contest rules that make people happy; aiding the weak, making the most helpful videos, and creating new, popular game scenarios or objects. Or the game designers should do what the makers of World of Warcraft do. The online fantasy role-playing game world encourages players to spend $20 to rent a “new level-90 character with full sets of epic gear” for nine weeks.

At their least inspired, game contests are a type of game rentals that increases game revenues, unlike Blockbuster or Game Fly game rentals, which can cannibalize game sales. 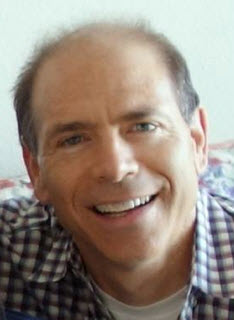 Today, a runner can plop down $255 to enter the New York Marathon for a chance to win some of the $700,000 purse. A student can spend $14 to take the PSATs to win a $10,000 National Merit Scholarship. A player with some extra coffee money should be able to have the same chance with a baseball video game.

It’s hard to believe those mindless and archaic games like slot machines, pachinko, roulette, craps and blackjack make far more money than the video game industry’s awesome and beautiful console games. This can change if console games get real stakes and dazzling prizes.

* Not my legal opinion

Ned Lerner has been working in games for decades and is current director of engineering for tools and technology at Sony Computer Entertainment America. He previously created Chuck Yeager’s Advanced Flight Trainer, co-founded Looking Glass Technologies, and was CTO at Maxis. He wrote this piece for his own blog and edited it for GamesBeat. The opinions expressed in it are his own and not his employer’s.