Two out of five software engineers working on big data solutions say that government agencies are tracking the data they’re collecting, creating, and analyzing. And if you only ask those who are confident they could tell if the government was indeed spying on their data, that number goes up to 59 percent.

Which suggests they know — not just think — that governments are spying.

“Big data and big government both bring unique challenges,” said Janel Garvin, CEO of Evans Data Corp. “Security becomes not only a technical issue but can also become a policy issue that developers may not be able to address. In addition, cloud platforms, while providing necessary scalability for big data, may also increase the risk of governmental eavesdropping.” 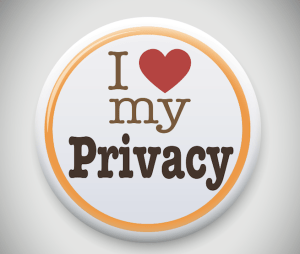 It’s a problem higher than most developers’ pay grade, and the NSA loves the cloud.

In this era of PRISM and XKeyScore and Tempora, all government programs designed to suck massive amounts of data out of servers, smartphones, and Internet traffic, the question of security and privacy — not to mention of the constitutional right for security against unreasonable search — this is a big deal.

Adding fuel to the fire is that in many cases the people who create and manage the massive datasets that our social and advertising and search infrastructures rely on every day are the very same people who are helping the government collect and manage the terabytes of data that shadow three-letter agencies are collecting.

So it should be no big surprise, I suppose, that almost two thirds of developers who think they could detect spying believe that spying is going on. Perhaps even more telling, almost three quarters of those developers also say traditional security doesn’t work with big data.

The stats come from a new Evans Data study on Data and Advanced Analytics and interviews with 440 developers who are actively working on big database solutions. Those developers are working in areas such as health care, finance, construction, telecommunications, utilities, and more, Garvin told VentureBeat. Almost half of them were using private clouds for their computations, and 22 percent were using public clouds from companies like Amazon and Rackspace.

One other thing of interest to anyone who browses the Internet, I guess, is this gem in the report:

“Information security isn’t that big a deal (relatively speaking) to ISVs, only 22 percent of whom would consider it in their top three risks …

Enterprise developers, on the other hand, are extremely worried about information security.”

The problem, of course, is that ISVs (independent, read small, software vendors) often work on larger projects for other companies, or build software that ends up in use in all kinds of unforeseen places. Which could mean problems for enterprises concerned about security. And for the people whose data is being stored, analyzed, and accessed.

But things could be getting better.

“In our Cloud development survey from this summer, we found that 56% of developers actively developing in the
Cloud now say they are very confident about the security of their company’s current cloud software development process, which is a significant increase from 39% a year ago who said they were very confident –- a number that was up from 36% in spring of 2011,” Garvin wrote to me in an email today.