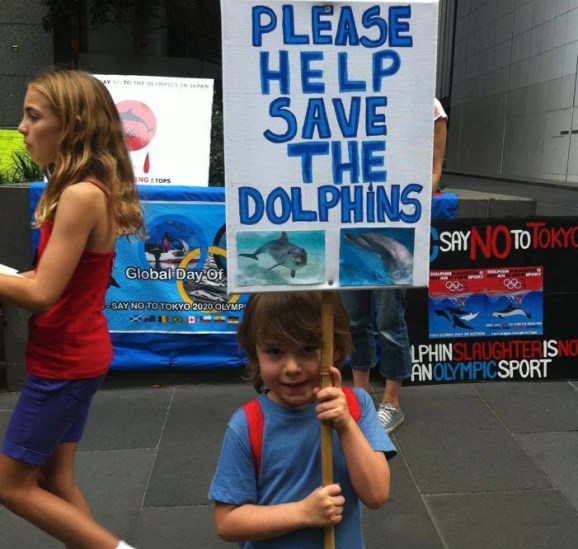 Activism in the 1960s involved thousands of people rallying together for a common cause despite any risks. Online activism is less dramatic, and some might argue less meaningful.

And Causes is trying to change this.

Causes unveiled a new version of its online campaigning platform today and launched the Supporter Network as a key component. People can now build personal profiles that center around causes they believe in as well as find others with the same beliefs and rally to take collective action.

“This is a purpose-driven network that revolves around people’s cause identities, a part of  their identity that is very core but underserved online,” said CEO Matt Mahan in an interview at Causes’ office. “The product before was very focused on action-taking, but it was almost like skipping the first steps — what is identity and how do you connect?”

Causes started as a Facebook app in 2007 as a channel for online activism. People could promote causes that were important to them and raise money by asking those in their social network to make donations. By 2010, Causes had enough traction that it raised $9 million to drive donors to its standalone site.

Now the site attracts 6 million people a month. Members have collectively raised over $48 million for nonprofits and collected 34 million signatures for grassroots campaigns. The company has helped over 186 million people around the world connect with a cause.

The goal is to create communities.

“You can’t have social change and movement without social connection,” Mahan said. “Private, professional, and offline social capital is declining. We know our neighbors less, and there are fewer dinners at home. I don’t believe this is a tools problem; this is a people and culture issue, which is why we are going back to identity and social connection.”

The concept of online activism has taken some heat over the years. Journalist Malcolm Gladwell wrote an article for the New Yorker on “why the revolution will not be tweeted,” arguing that serious activism involves highly committed, articulate supports of goals and values and a personal connection to the movement at large. The movements grow when people bring in others they are close to and offer up their time, resources, and reputation for the good of the cause.

“The kind of activism associated with social media isn’t like this at all,” Gladwell wrote. “The platforms of social media are built around weak ties.”

With the Supporter Network, Mahan aims to change this.

Mahan became CEO of Causes in 2012. He participated in Teach for America, a nonprofit that takes college grads and professionals and puts them into the classroom for two years, and worked as a grassroots organizer before joining Causes in 2008 as the VP of business development. His education and experiences showed him how much more powerful grassroots efforts can be when they are centered around communities, where people can discuss, share, brainstorm, and problem solve together.

“Support shouldn’t be as lightweight as a follow. It should be a public statement that ‘I am willing to take action,'” he said. “I don’t think change happens when 10,000 people sign a petition. It happens through change in culture, expanding awareness, building a sense of purpose with people who want a better future.”

The Supporter Network showcases the issues people care about and helps them find like-minded members, relevant campaigns, and cause-related content. Some people may want to tone down their activism in Facebook so as not to alienate their friends, who may not feel as passionately as they do. On Causes, they can post without compunction because it’s a dedicated space to assert their beliefs.

The new Causes also has tools to help campaign organizers mobilize supporters by helping them set up personal campaigns within the larger ones. It also includes free analytics for nonprofits and brands that use Causes to rally support. Brand partners include World Wildlife Fund, Iraq and Afghanistan Veterans of America, Malaria No More, Somaly Mam (a human-rights activist who fights the sex trade), Rock the Vote, Toyota, and Budweiser.

Celebrities who espouse a specific cause can also create profiles and draw attention to campaigns. Launch partners include singer Ricky Martin, who campaigns to stop human trafficking, and actress Kristin Chenoweth is a vocal animal welfare advocate.

Causes is based in San Francisco and recently moved into the former Github offices in the SoMa neighborhood just south of downtown.