Liquid Robotics, which makes submersible robots, is announcing today the winners of its grand prize for the super ocean geek scientist who made the best use of the data collected by the company’s Wave Gliders ocean robots.

The Sunnyvale, Calif.-based company has created its Wave Glider series of robots that ride the ocean waves and collect data such as the make-up of water in different parts of the ocean and size of waves. So the company created a contest, the Liquid Robotics PacX Challenge, to encourage scientists use its robots.

Tracy Villareal, a marine scientist at the University of Texas at Austin, won the grand prize — which includes the chance to program a robot to do what he wants for six months. His was one of many entries that focused on measuring the effects of global climate change using the Wave Glider data.

Villareal and his collaborator, Cara Wilson of the government’s NOAA Fisheries investigated the population “dead zones” of phytoplankton, the microscopic organisms that are at the bottom of the food chain in the ocean. He searched for large concentrations or absences of phytoplankton in the deep ocean using both four Wave Gliders and data from satellite imagery.

Phytoplankton are key to removing carbon from the ocean’s surface and are a major food source for the deep sea. Villareal’s findings provide the scientific community with validation of the satellite data, but he also found data that no satellite could gather.

Villareal said in an interview with VentureBeat that the research began a decade ago with the discovery of phytoplankton blooms based on satellite data. The blooms are important in fighting pollution because they can take carbon out of the atmosphere and take it to the bottom of the sea.

“The Wave Glider covered much more distance than could be covered by ships, and it was free,” he said. “It was a real opportunity to find data about these blooms.”

Sensors in the robots take samples every few minutes and then report the data. Villareal studied data from robots that traveled 24,000 nautical miles and collected 5.5 millions of piece of data. Villareal said he had to buy a new computer to analyze all the data.

Wilson said the data was interesting because it was unclear why the blooms appear in a part of the Pacific ocean where they are not expected. 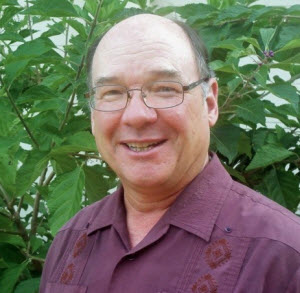 “They’ve never had the ability to get this kind of data, so it is really delivering new insights,” said Joanne Masters, a spokeswoman for Liquid Robotics.

Liquid Robotic has built more than 200 Wave Gliders since 2008. Those robots have traveled hundreds of thousands of miles across the oceans.

Graham Hine, the senior vice president of product management at Liquid Robotics, said in an interview with VentureBeat, “Our robots have traveled through every ocean now. The research that our entrants have done is awesome.”

“Two years ago we set out on the grand challenge to send four Wave Gliders on an unprecedented scientific mission to navigate and collect data across the Pacific ocean,” said Bill Vass, the CEO of Liquid Robotics. “Our goals were to foster new ocean exploration enabled through our revolutionary, long duration ocean observation technology. With today’s awards recognizing the outstanding scientific research produced by the Dr. Villareal and the three finalists and by receiving the Guinness World Record for the longest journey of an autonomous surface vehicle, we can celebrate this scientific journey and its’ impact on the world of ocean exploration.”

Liquid Robotics gained a spot in history when it announced in December that Papa Mau, one of its data-collecting second-generation Wave Gliders, had floated more than 9,000 miles across the Pacific Ocean.

The company opened in 2007. It has raised $85 million to date from investors including VantagePoint Capital Partners, Riverwood Capital, and oilfield services firm Schlumberger. The company is headed by Bill Vass, a former Sun Microsystems executive. He made headlines when he recruited Java programming language creator James Gosling as chief software architect. The company has more than 110 employees and has a test facility on the Big Island of Hawaii in Kamuela.

The robots have adaptable modular power systems that can accommodate power-hungry payloads such as sonar, bathymetry, and image analysis. The devices also feature the Regulus operating system for autonomous vehicles, which allows for coordinated fleet operations. The OS is built around an open, cloud-based architecture for massive scalability and secure multitenancy. It can dynamically download software changes or new apps while at sea. It can also transmit data to satellites or via cellular or Wi-Fi.

The new Wave Gliders use ARM-based processors running on Linux. The software is written in Java. The devices use lithium-ion batteries. The company made the announcement at the Oceans’13 MTS/IEEE scientific conference.

A board of industry and academic experts selected the winner from four finalists. Villareal will get a $50,000 research grant from BP and six months of Wave Glider data services valued at more than $300,000.