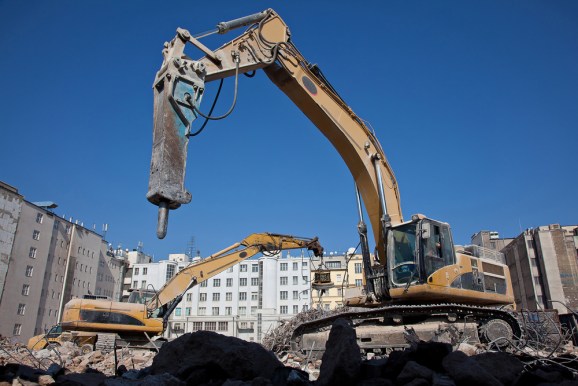 Getting a real estate venture off the ground is a significant challenge. So a startup called GroundBreaker has launched a white-label crowdfunding solution that real estate entrepreneurs can use to raise money for their projects.

“Our mission is to help up-and-coming, visionary real estate entrepreneurs launch their ventures,” founder Joey Jelinek told VentureBeat. “Unlike tech, there is no infrastructure to help entrepreneurs get started in real estate. By controlling the purse, institutional investors dictate what gets built. They are driven solely by yield and prefer to fund ugly boxes with cheap materials since the margins are better. This is why you see mostly eyesores in your neighborhoods.”

Groundbreaker’s platform automates fundraising administrative tasks. Real estate entrepreneurs apply and submit projects for approval. Once the project gets an OK, it gets listed on Groundbreaker, and anyone can make an investment.

While the projects have specific requirements, they are not curated. Anyone can use the technology if they pass those initial barriers.

Groundbreaker’s role is to help entrepreneurs navigate the fundraising process, rather than cherry-pick the “best” deals. And unlike other crowdfunding platforms, like Kickstarter or WeFunder, it does not bill itself as a marketplace. Jelinek said entrepreneurs have to raise money by reaching out to their existing networks rather than soliciting strangers. Entrepreneurs are responsible for executing their e-mail and social media campaigns and attracting attention to the projects.

“By democratizing fundraising, more folks can become real estate owners either through investing or entrepreneurship,” Jelinek said. “Crowdsourcing project ideas ensures that what is built fits the needs of its users better. Let the built environment be created by those who actually use it.”

Crowdfunding has erupted over the past few years, and people are now crowdfunding everything from quirky gadgets to municipal bridges. Real estate is also part of this trend. A company called Groundfloor powers a peer-to-peer platform described as a “Lending Club for real estate”; and a company called Fundrise gives community residents the ability to invest small amounts in local properties.

This Monday, the ban on general solicitation lifted as part of the JOBS Act, which means that private companies can now publicly announce that they are fundraising.

Real estate entrepreneurs can now publicly raise money for their projects, and Groundbreaker can help them do it.

Jelinek and his cofounders are well schooled in the areas of real estate, securities, law, crowdfunding, and technology. The team not only offers entrepreneurs help with the technology but also with the ins-and-outs of the fundraising process.

Jelinek used to work at Morgan Stanley, where he built its mortgage buying platform and helped finance over $14 billion in real estate projects. Stefano D’Aniello is a securities lawyer, and Alex Jelinek has managed projects at Google, DeBarta, and IBM. Jacob Hoffer has built enterprise-level applications for SugarCRM and Cisco.

The company is based in San Francisco.