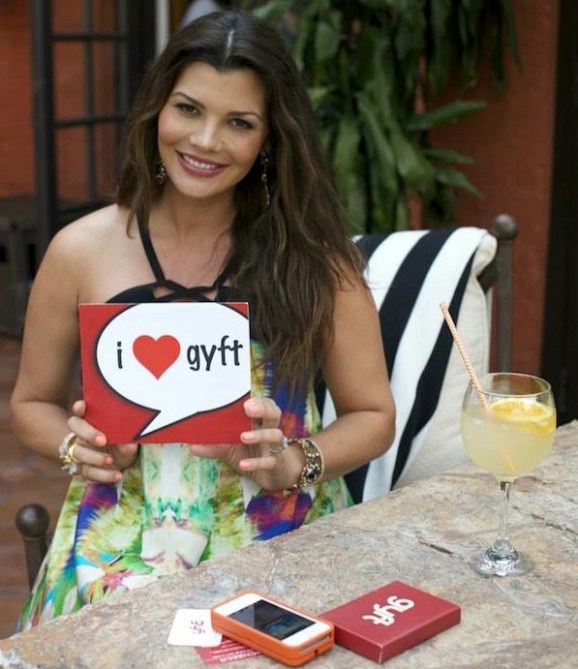 People spend $29 billion a year on those generic, plastic, “not sure what to get you” little tokens known as gift cards.

Gyft has raised $5 million in its first round of funding to put these gift cards on your mobile device, so at least you don’t have to carry them around.

Gyft is a mobile gift card platform that lets people buy, save, and redeem gift cards from their phones. The app supports more than 300 retailers and eliminates the need for consumers to keep track of actual cards. Brands can use the service to offer targeted  promotions and incentives and to drive customer engagement.

The startup said that more than $10 million and 200,000 plastic gift cards have been uploaded to Gyft in the past year, and a new gift card is added every two minutes.

The National Retail Foundation found that 81.1 percent of shoppers will purchase at least one gift card, and shoppers spend an average of $156.86 on them. Approximately 60 percent of people said they like to receive gift cards.

They are an easy gift that require minimal time and effort on the part of the giver and allow the recipient some flexibility. The downside is dealing with them. These cards fill up your wallet and are easy to lose. By digitizing them, Gyft aims to make this process more convenient.

Customers are more likely to use that gift card and spend two to three times the value if it’s on their phone, cofounder CJ MacDonald said in a statement.

Mobile payments and loyalty programs are attracting a lot of attention from consumers and businesses alike. People always have their phones on them, and this presents a valuable opportunity to inspire spending. Startups like Front Flip, Belly, and Marqeta are gaining traction in a similar space.

Gyft was one of the finalists in TechCrunch Disrupt in 2012, when it announced backing from Google Ventures, Founder Collective, and 500 Startups. This round includes backing from A-Grade Investments, Social + Capital Partnership, Karlin Ventures, and others.

Gyft recently added in the ability to make purchases through its Web or mobile application and rolled out a Gift Card Registry that allows consumers to personalize their registries for weddings, birthdays, baby showers, holidays, etc.

The company is based in San Francisco.