John Schappert, the former No. 2 executive at Zynga, said he has recruited two veterans from his former companies as co-founders at the free-to-play game studio that he is building.

Schappert told us in an interview that he wants to make the best quality free-to-play online and mobile games, and that is why he turned to the vets. The hires include Jason Andersen, who co-founded Electronic Arts’ Tiburon Entertainment studio with Schappert in 1994, and Jon Osvald, a data-driven game designer who was key to the rise of Zynga. 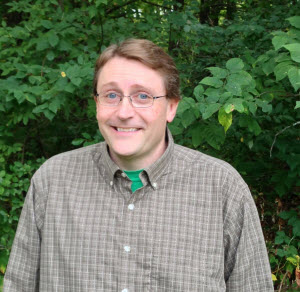 “What I am interested in doing is putting together the elite team of the best of the best to make the world’s best free-to-play games,” Schappert said. “To do that, you need a great culture. Great talent. Great teams. I couldn’t be happier with the hiring of Jason Andersen and Jon Osvald.”

Shiver Entertainment is off the ground running with an investment and multigame deal with Asian free-to-play online gaming giant Nexon.

As we noted earlier, Shiver Entertainment (named after the word for a pack of sharks) is based in Miami, where Schappert grew up and not far from the game company Tiburon, which was acquired by EA in 1998 and became its stellar studio focused on EA Sports titles. Tiburon now has 600 employees and makes games like Madden NFL 25.

Schappert went on to a storied career that included the No. 2 jobs at Zynga, Electronic Arts, and Microsoft’s Xbox business. Most recently, he left Zynga last year. The new company, founded in December, will make free-to-play games for the PC and mobile devices, and that’s why it’s a good fit within the portfolio of Nexon, the Asian game company that pioneered free-to-play.

When Schappert started Tiburon, Andersen was there on day one, moving couches up the stairs. Schappert programmed Madden NFL while Andersen programmed NHL Hockey for the Super Nintendo.

Andersen left Tiburon in 2000 and founded developer Budcat Creations, which was later acquired by Activision. He worked on titles such as Guitar Hero and Clay Fighter. Andersen will be co-founder and vice president of technology at Shiver. Schappert described him as “one of the best technologists in the industry.”

Andersen said, “Since founding Tiburon almost 20 years ago, I’ve seen many transitions in the gaming industry — from cartridges to discs, from 2D to 3D, and from offline to online. But the transition to free-to-play is the biggest yet. I can’t wait to tackle the technical challenges this new playing field provides.”

Osvald will be co-founder and vice president of production at Shiver. During his tenure, Osvald developed Zynga’s data-driven methodology. He worked on a variety of titles including Farmville, Cafe World, FrontierVille, and CastleVille. Before he left, he was senior vice president of games and oversaw much of Zynga’s Ville business.

“Jon was one of the brightest stars at the company,” Schappert said. “He was in product management, working on every major franchise. He knows data analytics inside and out. He helped create that culture that Zynga has used to monetize its games. He knows what is necessary in creating the free-to-play future.”

“I felt it was time for a change to do something new,” he said. “What I enjoyed the most was when I was close to product and with a lot of freedom over what we created. I stayed in touch with John. Here, we have the things that every startup wants, with funding, a focus on quality, and a powerful distribution partner.”

Of course, data-driven design succeeded at Zynga, but it was also very controversial. Traditional game designers often favored intuition over analytics. Osvald said, “Data-driven design is a great partnership with intuition. You can’t get magic and surprise and delight out of data alone. That’s why I wanted to partner with John. I run games as a service, and I got really good at monetizing free-to-play games.”

Schappert said, “I think a lot of game companies are rebuffing the world of data analytics and living in yesterday. Others are living in the web future, where data drives what you are create. We are in both. We are in the entertainment industry. We need surprise and delight, and smartness too.”

Schappert isn’t describing the games his company is making yet, but he said the company will be platform agnostic, making games for any of the hot platforms.

“He’s a great guy, and I was very happy with the choice that they made,” Schappert said. “I think it’s wonderful news for the company and for the industry. I worked closely for him in Canada and as chief operating officer. I am a huge supporter of Andrew Wilson. I think they picked the right guy.”

Of course, if EA scales back, Shiver may have more EA veterans to hire. Schappert said he wants to get new applicants via joinshiver.com. He knows that the traditional game industry is seeing ups and downs, with plenty of layoffs still happening.

“We want to shine a bright light and say we are hiring,” Schappert said.