Michail Katkoff has previously worked for mobile developers like Rovio and Supercell, where he helped create Angry Birds Rio and Clash of Clans. He’s now heading to Scopely, the mobile studio behind iPhone hits like Wordly and Mini Golf Matchup.

“Scopely has launched three consecutive No. 1 games on iOS, and I’m even more excited about the products coming down the pipeline,” Katkoff wrote on a blog post regarding his new job. “In my new role, I’ll still be working with partners, but now I’ll be back to doing what I love the most; working with game teams to take their games to the next level and sharing my expertise in free-to-play mechanics.” 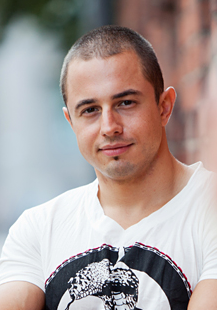 “Michail is one of the industry’s leading voices in free-to-play game mechanics,” Scopely CEO Walter Driver told GamesBeat. “His blog, Deconstructor of Fun, has rapidly become required reading for game designers and product managers. We’re thrilled that he’s now able to bring his unique expertise and the experience acquired working on some of the world’s largest mobile titles like Clash of Clans and Angry Birds to Scopely’s partner developers, working alongside them to make great games even better.”