I moderated a keynote session yesterday at the Login conference on gaming in San Francisco. We focused on disruption across the game industry’s categories and the emergence of new technologies. And in advance of our GamesBeat 2013, I’d like to kick off our own original research poll on this subject.

We’ve seen a Cambrian explosion of new game technologies, from the Oculus Rift to the SteamOS. Games are shifting from competing within isolated walled gardens and unique territories. Now game companies are crossing from physical to digital and vice versa, indies are doing battle with the big guys, and gaming now has many global competitors. It looks to us like a giant free-for-all, which we call the Battle Royal. We’d like to get your opinion on what are the best emerging game technologies that are driving the Battle Royal. So stay tuned for your own participation below while we describe the conversation at Login. We’d like your votes, but we want your detailed comments too. Once we get the results, we’ll discuss them further at the GamesBeat 2013 conference in Redwood City, Calif., on Oct. 29-30. 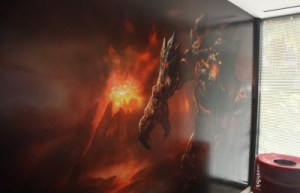 The landscape for emerging game technologies

Our panel at the Login conference included Michael Chang, managing partner at Mavent Partners; Rahul Sandil, head of customer acquisition and retention for Project Spark at Microsoft Studios; Mike Goslin, general manager of Rebel Entertainment; and Chris Early, vice president of digital publishing at Ubisoft. This turned out to be a diverse group to tackle what has changed in games.

The game industry landscape has gone through big changes in the last few years. Games have become a service, or something that you run on behalf of customers for long after the launch, Goslin said. Free-to-play as a business model has swept through the industry. Mobile platforms have flourished. User-generated content is huge. eSports has blossomed. And now everyone is trying to figure out how to make AAA-quality games on the emerging game platforms. Those platforms aren’t just the Xbox One and the PlayStation 4. They include Android and iOS tablets and smartphones. And in the future, they will include wearable devices like Google Glass and the many competitors that it has inspired.

For game companies, it’s becoming tough to figure out what will win. The losers are disappearing fast, and the winners are amassing huge audiences quickly. Riot Games, for instance, is only five years old, but its League of Legends online battle game is so popular that the team making it has grown to more than 800 employees. As a developer or publisher, you don’t want to bet on every technology, and you don’t want to get left behind when something takes off.

Developers want to see a strong ecosystem surrounding a new technology, or they won’t make games for it. Ubisoft has 26 game studios that each run their own experiments on new platforms. It is usually the first company to embrace a brand new game platform, but the flowering of new technologies today is even hard for Ubisoft to track.

“Ubisoft is very progressive on looking forward, but there are almost already too many technologies,” said Early. “We are at a point where we are asking what is fun about a wearable device.”

Right now, there isn’t an answer, as nobody wants to play a game on a tiny screen or on the face of a wristwatch. 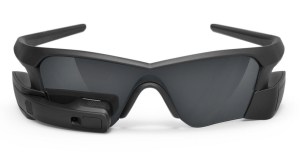 Chang said he is excited about virtual reality like Oculus Rift and the improved wearable goggles that will deliver images directly on our eyeballs.

“Keep an eye out for this,” Chang said. “We all know about Google Glass. We haven’t seen as much about Microsoft and Sony. This is an area of innovation. There aren’t many entrenched players today. The large players are coming.”

Sandil said that people will be able to create new games on impulse with better tools like Microsoft’s Project Spark, which he said will make it fast and easy to create your own games.

We discussed SteamOS and Steam Machines and whether it can crack Microsoft’s grip on the PC with Windows and bring a new console to the living room. Valve has a huge digital distribution service with Steam. But it may have trouble moving beyond hardcore gamers. Since it takes a high-end PC to stream a Steam game from a computer to the living room, the audience for the Steam technology may be limited.

Early, who will clearly get in trouble for this comment, said, “I have no belief my wife will make a Steam Box work, at all. It’s hard enough to make a Tivo work. The challenge in the living room is making it easy to use.”

Cross-platform tools will become available for the PlayStation 4 and Xbox One, and the same will be true for publishing on Android and iOS. But business reasons may change that. If Apple offers incentives to companies like EA, then the game publisher may delay launching an Android version. Some big players want their walled gardens

“As long as that ecosystem is like that, it will be hard to go cross-platform,” Chang said.

Sandil said that focusing a product on one screen, or making a game for one platform, is not going to be a winning strategy in the future.

Chang said that Xbox One and PS 4 have strong preorders. But he thinks those companies need to embrace new technologies and put out new platforms more frequently, because the competition, like Apple with the iPad, is making new technologies on faster cycles.

Meanwhile, I’d like to get a reality check on what you think the best emerging game technologies are below. Please click on the link below to start the survey. If we forgot something, please write it into the comments. Please enter your name so we can contact you further about your opinions.