“We think that Google Web Designer will be the key to making HTML5 accessible to people throughout the industry, getting us closer to the goal of ‘build once, run anywhere,'” Google engineer Sean Kranzberg posted this morning. 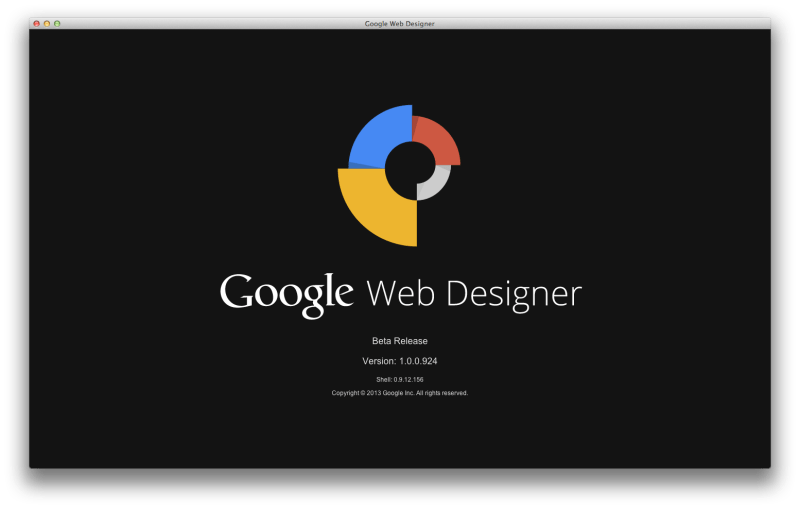 Google Web Designer is a downloadable app for Windows and Mac that offers a complete stage for building ads, with visual editing tools but also a code view that technical users can access. Google will either build the HTML5 and CSS that drives your animated ad for you, or allow you to build it yourself.

Or, any option in between.

The software offers a quick animation mode that essentially allows you to build two scenes so that it can then tween the images to create a quick-and-dirty animation. It also offers a more in-depth approach that lets designers animate individual layers and elements independently of each other. Using the 3-D authoring tools, ad designers can rotate objects along any axis and add dimensionality to their creations.

The tool is clearly a one-stop shop, allowing for both the creation and publishing of ads. Interestingly, while Google makes money if you publish your ads through DoubleClick or AdMob, Google has included the option to publish ads to “any other ad network” as well.

Clearly, Google believes that if you create great ads using its tool, you’ll be more likely to publish them on platforms that result in Google revenue.