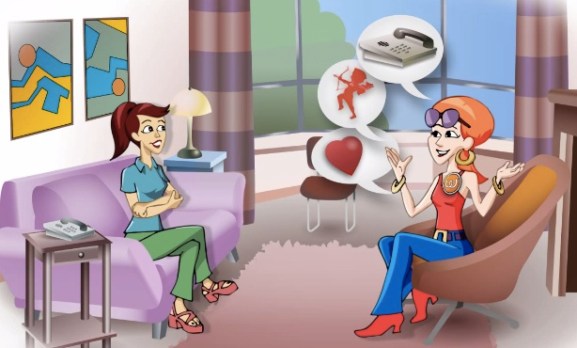 When Wikipedia and Google aren’t enough, Wizpert’s experts can come to the rescue.

A year after announcing its promising expert assistance platform (which I called a “help desk for life” at the time), New York City-based Wizpert officially came out of beta testing last week. Its experts cover topics like business, wellness, and programming — the latter of which serves as its key launch category, with experts covering more than 10 programming languages.

Our upcoming DevBeat conference, Nov. 12-13 in San Francisco, will have a lot more on this topic. Featuring gurus like Richard Stallman, David Heinemeir Hansson, and Alex Payne, it’s a hands-on developer event packed with:

Why did the programming category take off so quickly? Wizpert cofounder and CEO Michael Weinberg attributes its growth to the rise of free ways to learn programming online, and the larger movement to teach programming in schools. It could also be that programmers were the perfect demographic to offer up their advice on a new service like Wizpert (lifestyle experts may take a bit longer to warm up).

Over the past year, the company has grown from just a few hundred experts to more than 4,000, Weinberg tells me. Wizpert has mostly stuck with its initial plans — gather a bunch of smart people and have them offer their expertise on-demand — but the company has shifted toward a virtual currency model for rewarding experts.

“Our model is evolving to capture the value that the user is getting from the [expert] chat, so it’s not a flat per-chat cost or per-minute [cost],” Weinberg said.

Now when you participate in a Wizpert chat, you can tip them with virtual coins, which you can purchase or earn by participating in the Wizpert platform. Fifty Wizpert coins runs you $2, while you can get 600 for $20 and 2,500 for $75. Naturally, Wizpert takes a cut from the virtual currency earnings.

Using the service is fairly simple: After signing up for a free account, you’ll receive 100 complimentary points. Once you find a topic you’d like to learn more about, you just need to click the big “Chat with a wizpert now!” button, and the site does the work of connecting you to a text chat.

When I was seeking out help with mobile devices, Wizpert connected me to Giorgos, an expert who said he was familiar with iPhones and Android devices. I started out by asking for the best Android phone on the market, and Giorgos rightfully pointed out that “best” entails plenty of things — build quality, screen size, etc.  After a some back and forth, I reached the end of Wizpert’s three-minute intro session, which lets you decide if the expert can actually help you out without paying a fee. I paid the 75 points necessary to have a longer chat with Giorgos and went on to explain that I was looking for an Android phone as well built as the iPhone.

Giorgos recommended Samsung’s Galaxy S3 and S4 phones, which are decent choices, but not exactly what I was looking for. I was waiting for him to mention HTC’s One or the Moto X, but he eventually admitted that he was primarily an iPhone user. Still, for someone that isn’t as informed about the mobile world as a gadget geek like me, Giorgos’s advice would still be helpful. Once our chat was over, I had the choice of tipping him with some points (unfortunately, I spent pretty much everything I had to keep our chat going — sorry, Giorgos!).

Wizpert now has a community of more than 10,000, and it’s in the process of hiring its seventh employee, Weinberg tells me. The company has raised $850,000 in seed funding from investors including Entrepreneurs Roundtable Accelerator (where it was incubated last year), Greg Kidd, and Robert Cohen.