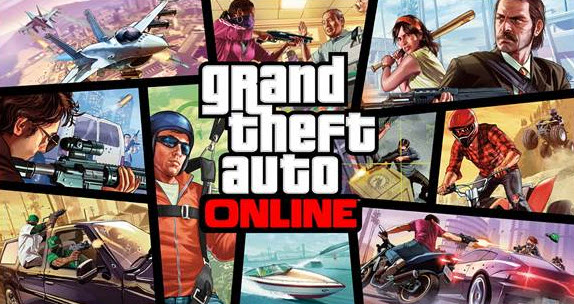 The online multiplayer mode of Grand Theft Auto V supports up to 16 players in each instance of the dynamic and persistent open-world game. Developer Rockstar North promises to continue and expand the game with content created both by Rockstar and other players.

Grand Theft Auto V sales topped a record $1 billion within its first three days at retail. That has sent a ton of traffic to Rockstar’s servers. Players have had trouble with Rockstar’s Social Club service (a social network for looking at multiplayer stats and sharing with friends) and the iFruit companion app (training your dog and customizing cars in GTA V) on iOS devices. We’ll see how well GTA Online deals with the crowds today.

Since GTA Online is bigger than any other multiplayer game Rockstar has done before, it’s being cautious, reminding players that they might see bugs and glitches. We’re seeing reports online of people having trouble logging in and getting into the game after creating characters.

“The first couple of weeks we expect to be heavily focused on tuning the experience as it goes from internal testing to the reality of being played by tons of people in the real world, so that all the usual teething problems for an online game are overcome,” the developer said in a blog post last week. “We hope it will all run incredibly smoothly, but please bear with us if it doesn’t, and help us fix any and all problems!”

Grand Theft Auto Online is a free download for GTA V owners. Instead of using characters you’ve already played, you create your own using the Character Creator. You can earn cash, Reputation (like experience points), or both from doing side activities: playing tennis, taking on missions, and other open-world hijinks — robbing an armored car, for instance — are available.

If you don’t have the time to earn money the old-fashion way, you can also spend real money for GTA$ (GTA bucks?) through the in-game store. This means the game has microtransactions. But Rockstar assures players that the “game and its economy have been designed and balanced for the vast majority of players who will not buy extra cash.” Cash from the single-player mode doesn’t carry over to GTA Online. 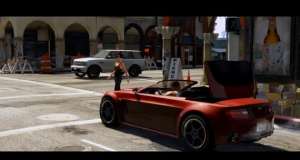 Now you can explore alone, work cooperatively with friends to complete jobs, band together in missions, or participate in ambient events. You can compete with players in traditional game modes. As you do so, you can rise through the ranks as your Reputation rises. Over time, you earn abilities such as calling in airstrikes, asking for extra ammo, delivering a list of cars to steal, targeting hits on other players and more.

The company previously described its tentative plan for free content updates to GTA Online. This will include the Content Creator (a set of tools for tweaking various multiplayer matches), the Beach Bum Pack (four new vehicles, two new weapons, and hundreds of new clothing options), a Capture the Flag mode, and Heists (planning and executing elaborate crimes with other players).

GTA Online’s world is set a few months prior to the events of the Grand Theft Auto V single-player story. Players may find themselves talking to single-player game characters such as Lamar and Simeon Yetarian.

Not all of the activities are violent. You can watch a movie with friends, go mountain biking, and visit a shooting range. Or you can rob a convenience store, attack a gang in a rampage, or rob an armored truck. You can race cars, engage in sports like golf, and run an import/export business. You can put a bounty on another player’s head. You can have parties in your home, but you don’t have to worry about having your stuff ruined or stolen.

You don’t have to spend money. But if you want to get items more quickly, you can do so, spending your real money on cars, guns, clothes, flash, and other gear. You can buy property in the game, and each home comes with a garage for storing cars.

Giancarlo Valdes contributed to this report.