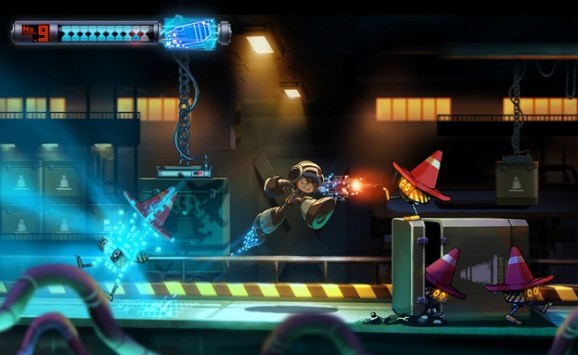 Mighty No. 9 from Keiji Inafune.

The Kickstarter campaign for Mighty No. 9, a spiritual successor to the famous Mega Man series, ended today with a hefty $3,844,464 tally. That’s more than four times its original funding goal of $900,000. The campaign reached multiple stretched goals, including ones that added console versions, portable ports, and even releases on the upcoming Xbox One and PlayStation 4.

Keiji Inafune, considered by many as the father of Mega Man, is leading the project. Might No. 9 is a side-scrolling action game with retro sensibilities and 2D art. The game has no ties to Capcom, the publisher who owns the Mega Man brand. Capcom hasn’t released a major Mega Man game since 2010’s Mega Man 10. Since then, it has canceled high-profile titles in development for the franchise, including Mega Man Legends 3 and Mega Man Universe.

Mighty No. 9’s success on Kickstarter proves that fans are still eager for more adventures with the Blue Bomber, even if the series’ star technically goes by a different name. Still, don’t expect to actually play Mighty No. 9 soon. It’s currently schedule for spring 2015.