In a move to unite fans of its popular mobile apps, the social music company Smule is launching a social network for music makers who use its apps. Now the people who use Smule apps can unite in their own community where they can share musical creations with each other. 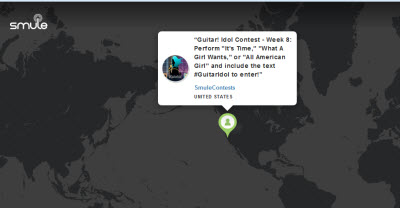 Above: The Smule Nation.

Call it the “oversharing network” — even if most of the songs aren’t Grammy-worthy material (or even worthy of your shower).

Jeffrey Smith, the chief executive of Smule, said, “A lot of those songs, including my own cover of ‘Blue Eyes Crying in the Rain,’ are not especially good. But when you have a hundred million people singing, playing, and curating the songs, a couple nuggets rise to the top. I would even say there are some seriously talented people on the network. Regardless, I think we all are having a lot of fun creating music together.

“Music is the original social network.”

And Smule wants to take music back to its roots as a social, interactive medium. Smule keeps every single copy of the songs that its users uploaded and shared with their friends over the years, starting with tracks from its Ocarina app. Now, Smule users are sharing a terabyte of content on the network every other day. Users of Sing! Karaoke are singing over 20,000 songs per hour, and Magic Piano users are playing 50,000 songs per hour. 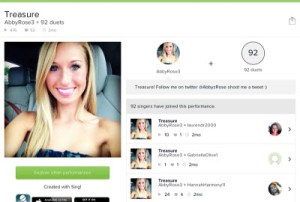 One result of this is that Smule has had to make a big investment in cloud infrastructure. That’s a big burden. On the other hand, creating that infrastructure was the only way to find some really cool music created by amateurs all over the world.

Most of the songs people create stay on that iPhone or Android device, Smith said. Maybe 10 percent or 15 percent upload songs. Smule addresses this with a way for people who don’t have those devices to listen to the songs as they are shared to the web. People can upload their songs, create their own images of themselves, and even record duets in Sing! Karaoke with someone who has posted half of a duet.

“If you find someone, you can drop in on them and get them to sing a song with you,” said Jeannie Yang, the chief product officer at Smule.

“We are opening it up so people can have universal access to all of our content,” Smith said. “A lot of the content is pretty horrible. But some of it is really good. If we get enough people curating it, commenting, rating it, then the best stuff rises to the top. 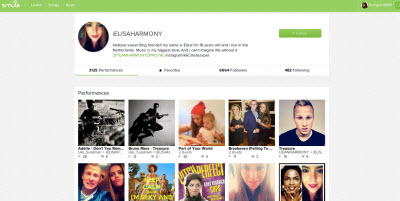 The company built its apps from the start with the idea of connecting people around the world through music, said Yang. “And people formed communities around the apps as the inevitable pull of music brought people together ­– strangers, friends, and families.

“If you can say that you sang a song with someone, that’s a really intimate thing.”