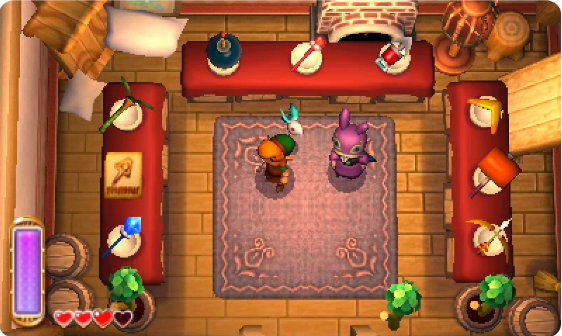 Nintendo is rethinking Zelda with A Link Between Worlds. President Satoru Iwata explained the important role of a new part of the game called the Ravio Shop during today’s Nintendo Direct broadcast.

In the past, Zelda games had something of an “unwritten rule,” as Iwata called it, in which the games directed players from dungeon to dungeon in a set order that followed the storylines, with gamers picking up items as they go. That’s changing. 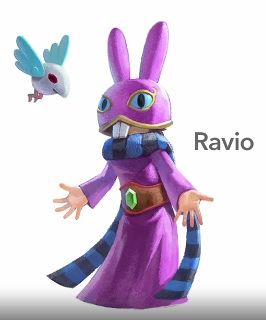 Above: Ravio, the merchant of an in-game shop in the Legend of Zelda: A Link Between Worlds.

The Ravio Shop offers a variety of traditional Zelda items, such as the Hookshot, the bow, and other standard weaponry for Link. This makes it possible for gamers to tackle the dungeons in any order they choose. It’s something more akin to the original The Legend of Zelda for the NES, which offered the player no direction.

“I hope you enjoy the flexibility provided by this unique Zelda adventure,” said Iwata.

A Link Between Worlds launches on Nintendo 3DS in North America on Nov. 22.